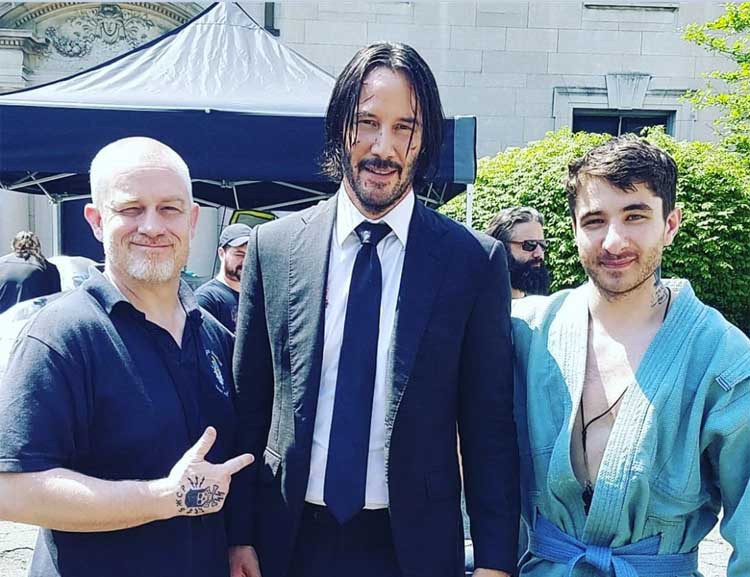 Stunt performer and sambo coach Stephen Koepfer has revealed his influence on a popular scene from the Keanu Reeves' action film John Wick: Chapter 3 - Parabellum, showcasing the sport on the big screen.

He spoke about the planning behind the 20-second scene showing sambo in the action series - which focuses heavily on Reeves' character John Wick, a hitman who initially seeks revenge for gangsters killing his puppy, with the sequels seeing Wick having a bounty placed on his head.

Many of his rivals in the trilogy come from Russia, with the plot often being influenced by the nation's culture - including the sambo scene.

Despite it not lasting long, he said the scene means a lot to the sambo community.

"The notion that Wick is a sambo guy is super cool," said Koepfer.

"Sambo players around the globe should be jazzed about that!

"But people should also not confuse what the character "John Wick" does and what the actor Keanu Reeves and the stunt team do.

"While the film suggests that sambo training is part of Wick's origin, the actual choreography is a mix of what works best for the fights and the scene - judo, jiu-jitsu, sambo, aiki-jitsu, or any combination of them."

He spoke about how he got into contact with the director, Chad Stahelski, and how he was given his biggest scene to date.

"Chad contacted me and explained that one of the 'breadcrumbs' they were going to offer with regard to Wick's origin story had to do with sambo training at the academy where he was raised," added Koepfer.

"It was awfully exciting to help put the martial art I love on to the big screen and into the John Wick universe."

His role was to assist the stunt department, casting and wardrobe in making the scene look authentic.

They selected sambo fighters who would act as extras as well as those that would need specific skills needed for a particular scene.

Koepfer and his team cast 20 sambists aged 10 to 25, looking to give them uniforms that reflected their age - which generally fade when they wear.