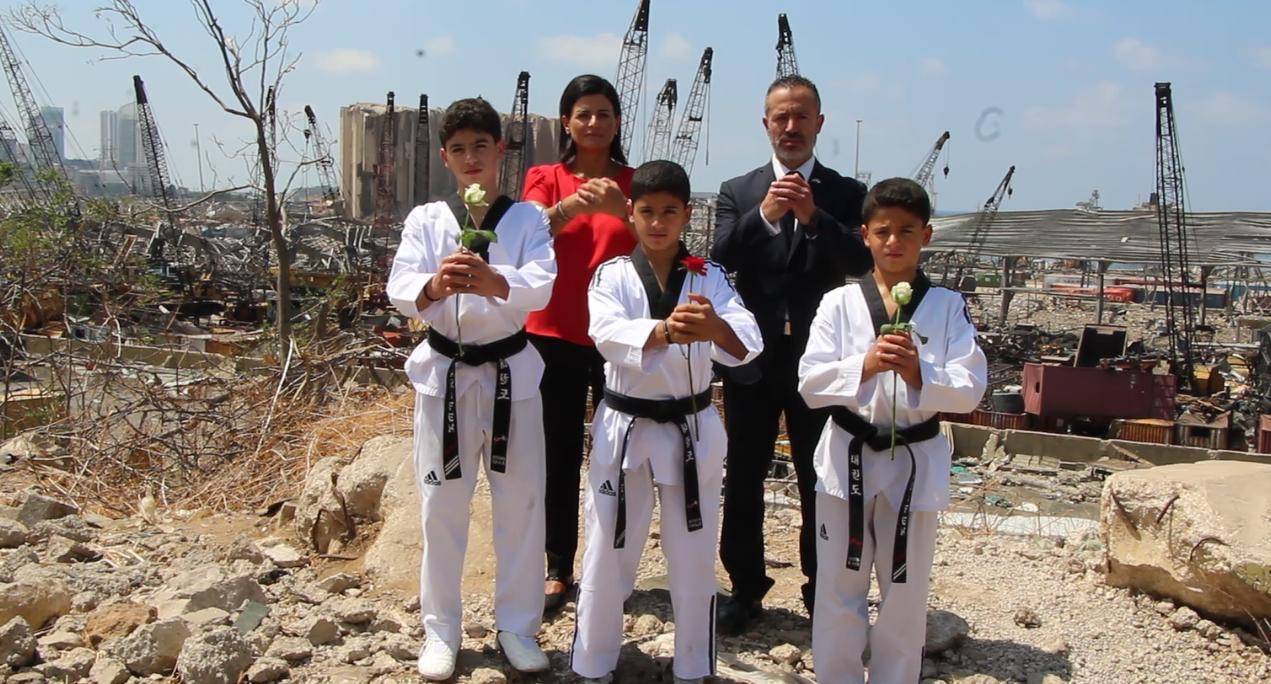 World Taekwondo and the Taekwondo Humanitarian Foundation (THF) have pledged to support the Lebanese Taekwondo Federation following the explosion in Beirut earlier this month, by providing equipment and funding.

The explosion on August 4 is believed to have been caused by a store of ammonium nitrate in a warehouse.

At least 200 people were reportedly killed, with more than 5,000 people injured.

The explosion is believed to have made more than 250,000 people homeless.

"On behalf of the World Taekwondo family and the Taekwondo Humanitarian Foundation, I wish to express my heartfelt condolences to the residents of Beirut," Choue said.

"During these most tragic circumstances, please be assured that World Taekwondo and its partners will do everything possible to provide support."

World Taekwondo has pledged to provide taekwondo equipment to the Lebanese Taekwondo Federation for distribution to the damaged taekwondo clubs at the earliest opportunity.

The governing body, in association with the Asia Development Foundation, has pledged $30,000 (£23,000/€25,000) to the local body to ensure taekwondo students and clubs in Lebanon can continue taekwondo practice and other business.

A World Taekwondo and THF fundraising campaign is also set to be launched.

Funds will support the "Great Champion Scholarship", which has been created by Choue to support affected children in Lebanon.

"We are very proud to be a member of the taekwondo family during this very difficult time," said Zarifeh.

"I would like to personally thank President Choue with World Taekwondo and THF to discuss ways to help the Lebanese Taekwondo Federation."

The governing body said it hopes this will help them to remain engaged in activities without the financial burden.