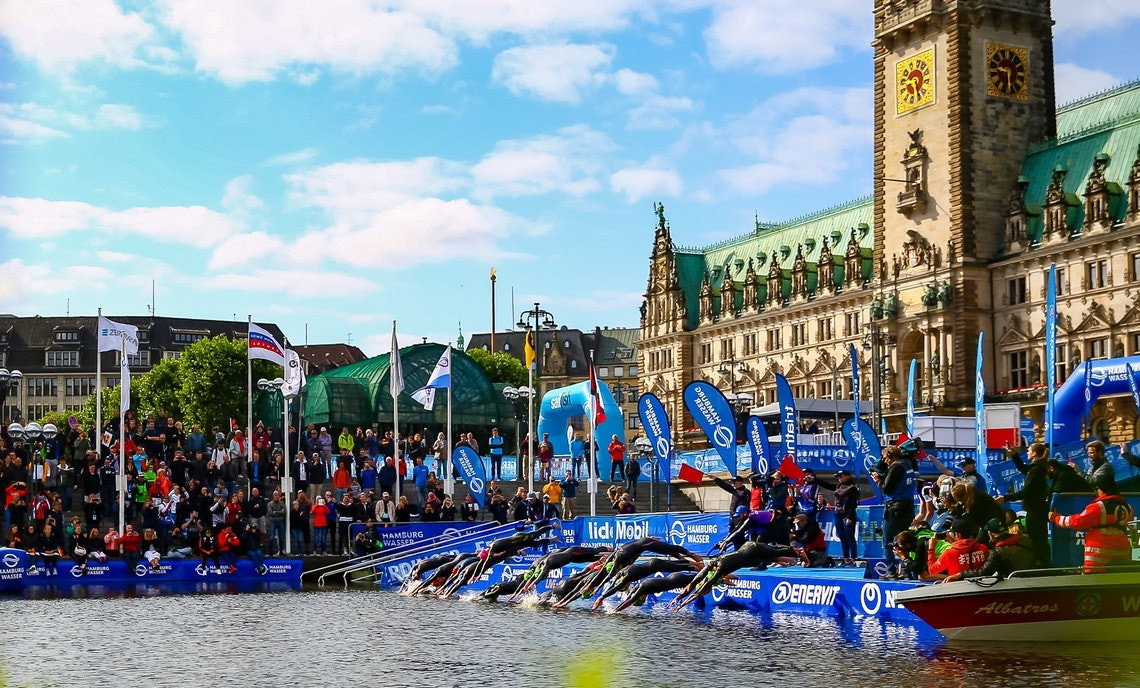 The World Triathlon Series resumption in Hamburg will take place under controlled conditions due to the ongoing COVID-19 pandemic, it has been announced.

Racing is scheduled for the German city's Stadtpark on September 5 – instead of Hamburg city centre like previous years – with the Mixed Relay World Championships due to be held the next day.

It will be the first event on the World Triathlon calendar since the suspension of activity due to the pandemic, with reigning world champions Katie Zaferes of the United States and Vincent Luis of France expected to compete, as well as double-Olympic medallist Jonathan Brownlee of Britain.

Other world champions set to take to the field include Spain's Mario Mola, Bermuda's Flora Duffy and Britain's Vicky Holland.

"The triathlon family, as the whole world, has suffered a lot during this pandemic, and it is so important and meaningful for us to be back on the blue carpet for the Hamburg Wasser World Triathlon."

The 2020 Mixed Relay World Championships will see title holders France aim for a third consecutive win, but the likes of the US, Britain and Germany will be among the favourites to usurp them from that position.

To ensure the event is safe, five categories of preventative measures will be carried out.

These are training measures for personnel, distance and hygiene rules, contact reduction, minimising support for athletes while relying on self-sufficiency and having control facilities.

"This is an important sign for triathlon Germany and the Olympic triathlon worldwide with the message that the fascination of triathlon is coming back to life at the highest level, albeit under special conditions," added German Triathlon Union President Martin Engelhardt.

"I am particularly pleased for the athletes who work hard every day as professional athletes to maintain their athletic level that they finally have the opportunity to compete against each other at the highest international level."

It is expected that the Triathlon World Championships will take place this year too, with other World Triathlon Series events also due to go ahead including Montreal in October.