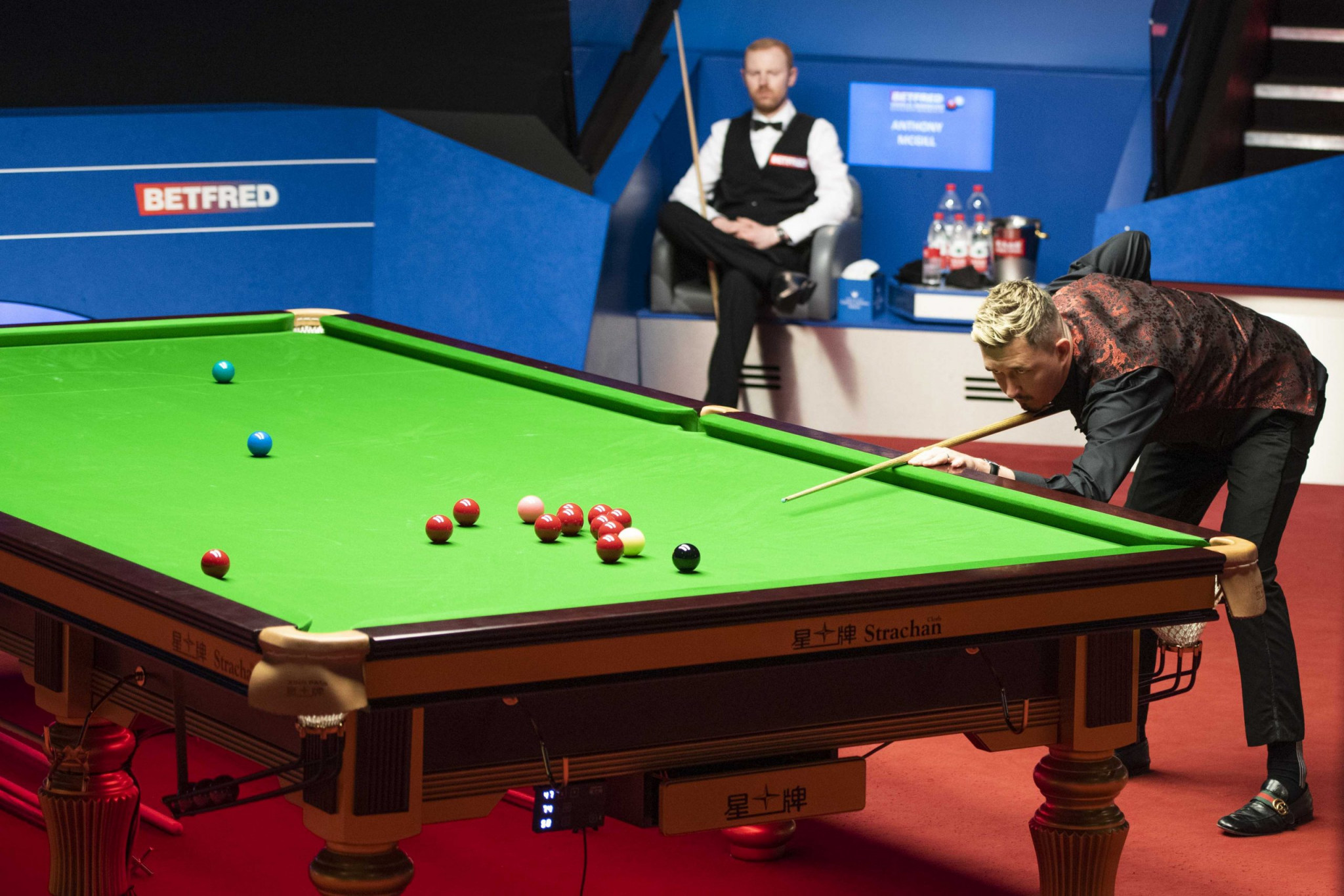 Fans lucky enough to get a ticket for the final of the World Snooker Championship in Sheffield will have the opportunity to watch England's Ronnie O'Sullivan attempt to win a sixth title after he recovered from the brink of defeat to beat Mark Selby 17-16 in a gripping semi-final.

O'Sullivan, beaten by Selby in the 2014 final, was 16-14 behind but won two consecutive frames and then held his nerve to win the decider at the Crucible Theatre.

He will meet fellow Englishman Kyren Wilson in the final after he defeated Scotland's Anthony McGill 17-16 in a match memorable for its final frame.

It lasted 61 minutes, had a combined total of 186 points, and was only settled when Wilson, holding back tears, rolled the pink into a baulk corner.

"It’s amazing to be in the final," Wilson, who had beaten Jed Trump in the previous round, said.

"I have played in a Masters final, but this is a cut above.

"I’ll try to use my experience of big occasions."

He did not seem very impressed with his performance against Selby, despite reaching the final.

"For three days I've just been looking for a cue action where I can hit the ball half straight," O'Sullivan told the BBC.

"If I can find the cue action then I will enjoy the final.

"Cue action first and everything else is a bonus."

Up to 300 fans will be allowed in to each of the four sessions after they secured coveted tickets for the final following a decision last night by the British Government to allow a limited amount of spectators to attend.

World Snooker Tour chairman Barry Hearn tweeted this morning: "So happy to have a live crowd for snooker finals ! A lot of hard work has gone into this so thanks to all my brilliant team. There’s around 10000 people trying to get a golden ticket at the moment on line ! If your unlucky get a ticket for next year !"

Those attending the event must follow strict social-distancing measures in the arena, which normally seats up to 1,000 people.