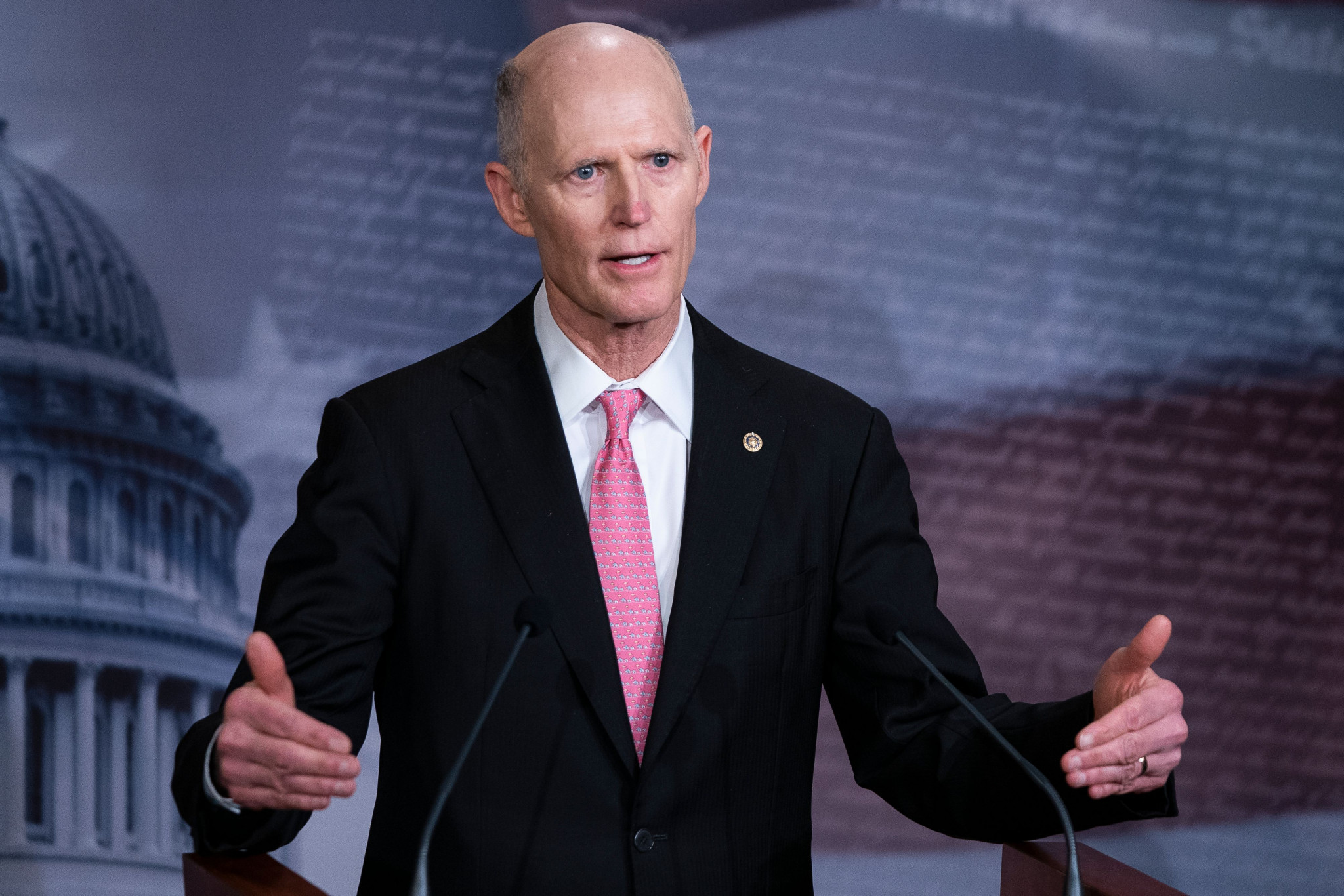 Scott sent a letter to Bach requesting to speak to him before October's IOC Executive Board meeting.

He had already written to the IOC in October 2019, detailing the human-rights abuses of Uyghur Muslims in the province of Xinjiang, as well as the people of Hong Kong.

Bach replied saying that the IOC has to remain "politically neutral".

In this month's letter, Scott described the IOC's response as "woefully inadequate" and once again urged the organisation to strip Beijing of the 2022 Winter Olympic Games.

Today, I wrote to @iocmedia President Thomas Bach requesting a meeting prior to their Executive Board meeting.

The IOC must stand up for freedom and urge Communist China to stop violating human rights, or find a new home for the 2022 @Olympics. pic.twitter.com/wFT4k0GyvC

"Since I last wrote you, the human rights situation in Communist China has become even more dire," Scott said.

"Beijing has stripped away the civil liberties of Hong Kongers, leading to more than 5 million people losing their rights to due process, free speech, and free assembly.

"New reports have revealed that Communist China is leading a genocide against Uyghurs living in Xianjing.

"Blindfolded Uyghurs are being loaded onto trains and transported to internment camps simply because of their religion.

"If the IOC cares about human rights, it will stand against the genocide of religious minorities in Xianjing and the political oppression of Hong Kongers, and refuse to reward the Communist Party of China with the 2022 Games."

Earlier this year, Scott introduced a bipartisan resolution to the United States senate, calling on the IOC to "rebid the 2022 Winter Olympics" if China did not demonstrate "significant progress in securing fundamental human rights" by next January.

He is known for taking a hard line on China and has also criticised the country on other issues.

Beijing 2022 has also faced criticism from other quarters, however, with the Sport and Rights Alliance urging the Organising Committee to address the country's human rights issues in its sustainability plan.

The collection of global non-governmental organisations said the document is currently "silent on human rights, labour standards, freedom of expression and association, LGBTI rights, media and internet freedom, rights to peaceful assembly and of association, transparency and anti-corruption".