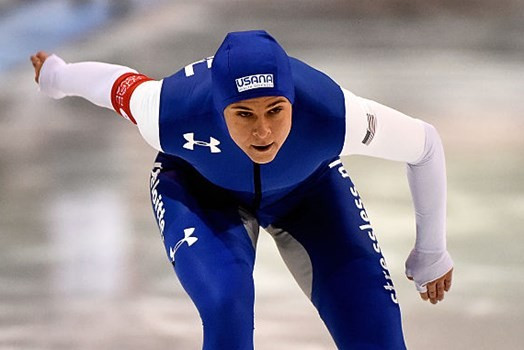 The United States women's speed skating team held its second annual camp, which was split between virtual and in-person sessions.

Featuring more than 40 participants between the ages of 10 and 70, the camp looked to support women in a friendly environment.

Fifteen skaters experienced the event at the team's in-person hubs.

It all started with a motivational video screening, with junior national squad members and recreational skaters watching the US team win world titles.

Brittany Bowe, who won gold at the 2019 World Single Distances Speed Skating Championships in the 1,000 metres, was in attendance and urged women to lift each other up and act as support for each other.

Guest speakers from Toyota were also in attendance, teaching participants about the importance of confidence, while Regional Training Center coach Leah Lambert took the women through speed skating techniques.

Training sessions were then conducted by Lambert, Sara Bowles, Katherine Reutter, Marion Wohlrab and US Speed Skating trainer Christina Carroll, giving attendees an idea of the programmes laid out for elite athletes.

Nutritionist Jen Day led a presentation, while Goetz, who wrote her own cookbook, provided a video on how she prepares meals for a training week.

Bowe led a yoga class as a qualified instructor which was followed by a presentation by sports business entrepreneur Lydia Murphy-Stephans.

The camp wrapped up with four world champions – Bowe, Bonnie Blair, Chris Witty and Jen Rodriguez – hosting a zoom panel, along with Goetz.