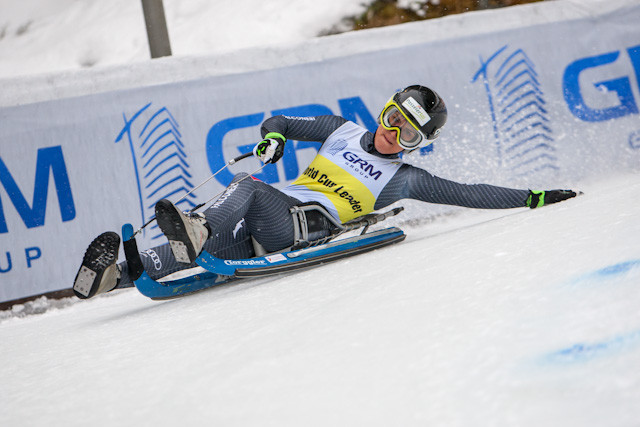 The International Luge Federation (FIL) has confirmed it has applied for natural track luge and women’s doubles to be added to the programme for the Milan Cortina 2026 Winter Olympics.

The governing body confirmed it had submitted an official application to Milan Cortina 2026, following an Executive Board meeting held virtually.

The FIL said application documents will be submitted to the International Olympic Committee (IOC) in due course.

The FIL previously attempted to have both natural track and women’s doubles competitions added for the Beijing 2022 Winter Olympics, with its application proving unsuccessful.

Natural tracks are adapted from existing mountain roads and paths and artificially banked curves are not permitted to be used.

Tracks have to be a horizontal surface, with natural ice used, meaning there is no need for artificial refrigeration.

They have taken place on an almost annual basis since then in non-Winter Olympicc years.

Italy has held the World Championships on nine occasions, including last year’s event in Latzfons.

The FIL has stepped up efforts to introduce women’s doubles luge on artificial tracks, with the governing body announcing in May that it plans to introduce the discipline to its World Cup circuit from the 2021-2022 season.

At present, only men's doubles is part of the flagship tour alongside the men's and women's singles and the team relay.

This is mirrored at the Winter Olympics to date.

Efforts to develop women's doubles have followed IOC demands for gender equality across all of its sports.

Women's doubles workshops have been held, with the FIL considering introducing the discipline to the Junior World Cup circuit.

Women’s doubles featured for the first time at the Lausanne 2020 Winter Youth Olympic Games in January.

Duos from Canada and Latvia finished second and third respectively.

In December, Canada's Caitlin Nash and Natalie Corless made history by becoming the first women's team to compete in a men's doubles World Cup race.