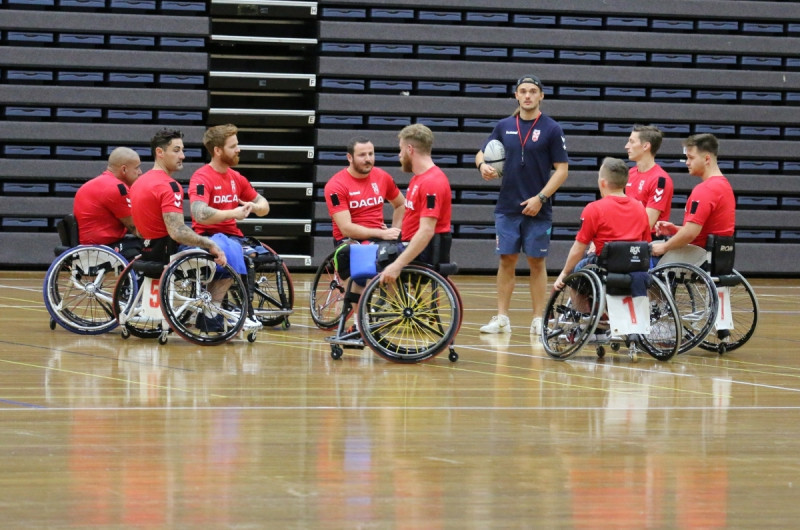 Tom Coyd has been appointed as the new head coach of England's wheelchair rugby league team.

The 24-year-old has been tasked with leading the country at next year's World Cup on home soil.

He currently coaches the Argonauts wheelchair team and will be assisted by Wayne Boardman and Martyn Rothwell.

Coyd's father Martin is the general manager of England Wheelchair Rugby League, while his younger brother Joe is part of the playing squad.

"It's hard to express how honoured I feel in being appointed as head coach of the England wheelchair rugby league team," said Tom Coyd.

"To be able to represent my country in a sport I am so proud to be a part of is a privilege.

"I am now in my third year with this group and we are poised on the edge of something special.

"The players and our staff are a wonderful group of driven people, and I take great pleasure in working with them.

"This World Cup has come at the perfect time for us, as the strength of the sport in England is increasing exponentially with fantastic support from the Rugby Football League and the England Performance Unit.

"I'm not sure how many people can say they get this opportunity alongside their father and brother, and I am determined to squeeze every last drop out of it.

"I can't wait to see our country get behind us - we will do all we can to make them proud."

Coyd is replacing Mark Roughsedge, who has now taken the head coach job with Scotland after leading England since 2014.

England have been drawn with Australia, Spain and Norway in the group stage of next year's World Cup.

The men's and women's World Cups are also being staged in England, with the tournaments coming together for the first time.