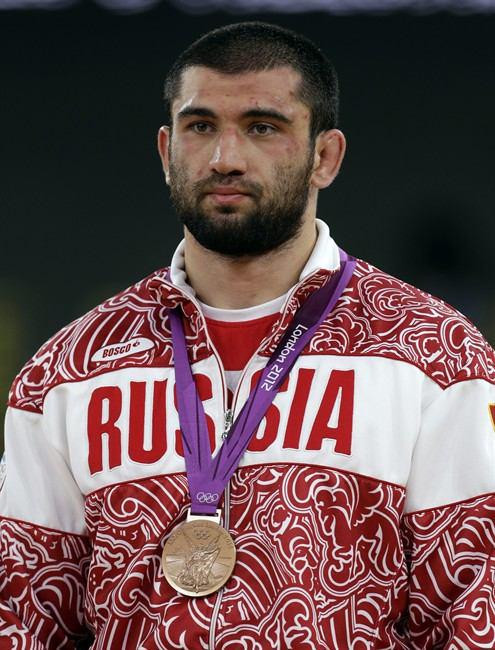 Iran’s Komeil Ghasemi and Russia’s Bilyal Makhov have been upgraded to gold medals in the men’s 120-kilogram freestyle wrestling event at the London 2012 Olympic Games.

Uzbekistan's Artur Taymazov was last year stripped of the Olympic title from London 2012 after testing positive for the banned steroid oral turinabol in retests.

He became the second athlete to have failed a drugs test retrospectively from Beijing 2008 and London 2012, following Kazakhstani weightlifter Ilya Ilyin.

Taymazov won the 120kg freestyle gold medal at the 2004 Olympics in Athens before he defended the title at Beijing 2008 and London 2012.

Georgia's Davit Modzmanashvili, who lost the gold-medal bout to the Uzbek, had already been stripped of his silver medal following a positive retest.

United World Wrestling last year said Iran’s Ghasemi was set to receive the gold medal awarded to Taymazov, who he had lost to in the semi-finals.

Makhov was set to receive the silver medal initially won by Modzmanashvili.

The International Olympic Committee (IOC) website now shows both athletes listed as the gold medallists from the event.

Daulet Shabanay of Kazakhstan and Tervel Dlagnev of the United States are shown to be the bronze medallists.

The Russian Wrestling Federation has welcomed the decision.

"For the first time in the history of world wrestling, the tournament has two winners - the Russian Bilyal Makhov and the Iranian Kameil Gasemi," said Georgy Bryusov, Russian Wrestling Federation secretary general.

"Congratulations to Bilyal, Wrestling Federation and all involved."

"This was not a single-day procedure and numerous arguments were on the table," Mamiashvili told Russian state news agency TASS.

"Bilyal has faced all challenges with dignity and patience and it all resulted in this deserved award."

"The most important here is the IOC unbiased and pragmatic decision, which was not an easy one to make."

The decision comes with Makhov himself provisionally suspended over a positive drug test.

Makhov was suspended in February after reportedly testing positive for a growth hormone.

A lawyer for Makhov, a three-time world champion, called for the public to not rush to judgement over the doping case.

Makhov told TASS last month that he expected to receive a two-year ban, with the wrestler claiming he had failed to declare the substances when tested.

The Russian said he had been injected with hormonal drugs after surgery on his back, neck and knee.