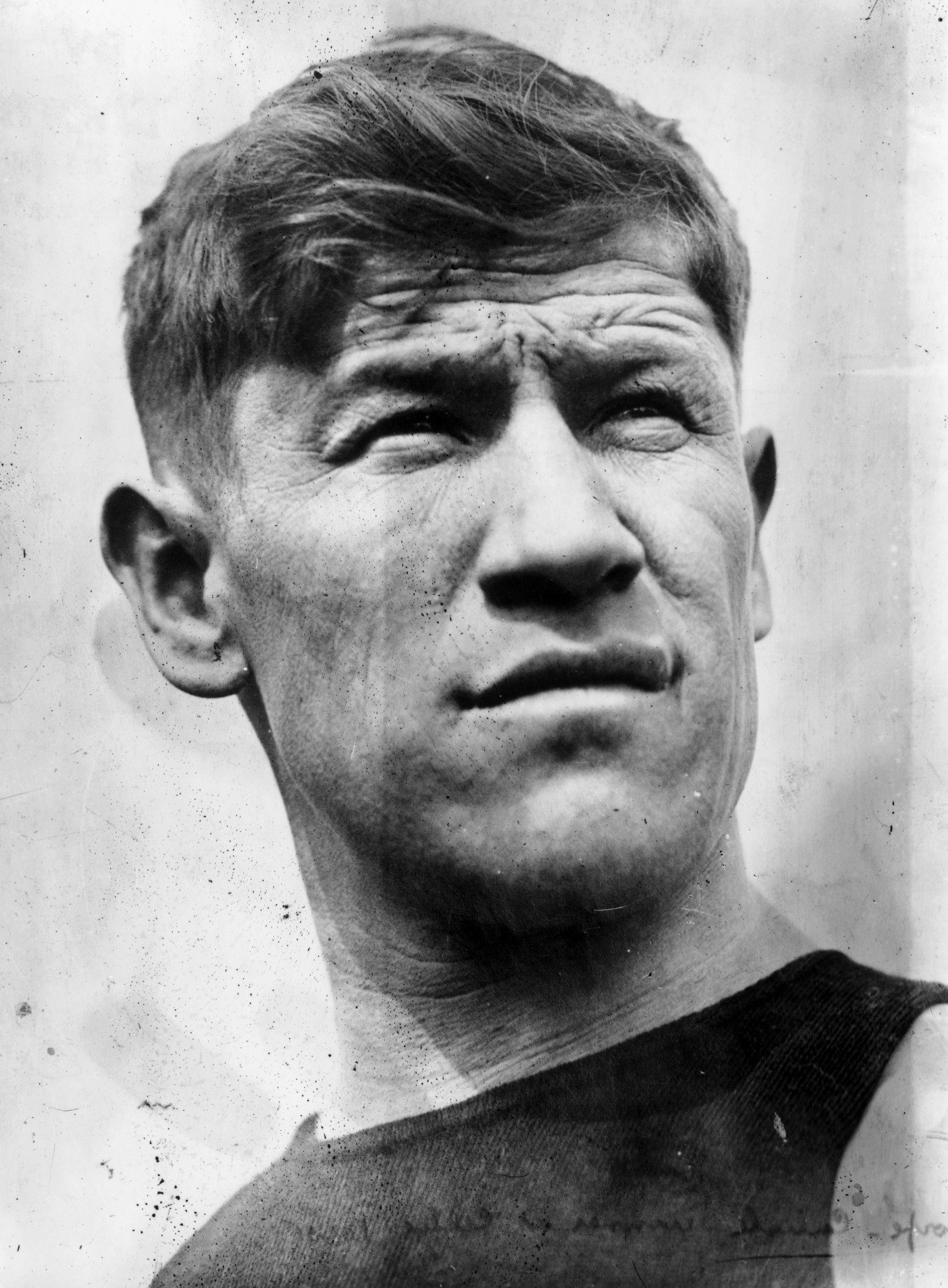 Native American groups have launched a "take back what is stolen" campaign in a bid to recognise the achievements of Jim Thorpe, a double Olympic gold medallist at Stockholm 1912.

Today is the 108th anniversary of the day Thorpe won decathlon gold in the Swedish capital, and the National Council of American Indians have called on the International Olympic Committee (IOC) "to take the necessary steps to right history and restore Jim Thorpe's proper status as the sole gold medalist in both the decathlon and pentathlon".

Thorpe was stripped of both Olympic titles following a row over amateur status, after he allegedly played professional baseball.

He was later restored as champion but the athletes who took his place retained their status as gold medallists.

Filmmakers Picture Works Entertainment are supporting the campaign with Bright Path, a film of his life story, currently in development, and have also started a fresh online petition.

Billy Mills, the Native American who won 10,000 metres gold at the 1964 Games in Tokyo has added his signature.

"We want to support this petition to re-instate Jim Thorpe as the only Gold Medalist in the Decathlon and Pentathlon in the 1912 Olympics," Mills wrote.

"As the last Native American Olympic Champion from the USA and knowing the challenges I faced in my Gold medal pursuit, I feel I have a fair understanding of the injustice Jim Thorpe faced."

At the time of Thorpe's victories, the New York Times described him "as the mightiest athlete in a versatile way".

"He broke barriers, winning two gold medals at a time when Native Americans weren't even recognised as US citizens."

In 1913, a photograph showing Thorpe in a baseball uniform was published.

He had received a small payment and, unlike other athletes, had not used a false name.

"I played baseball at Rocky Mount and at Fayetteville, North Carolina, in the summer of 1909 and 1910 under my own name," Thorpe said.

"On the same teams I played with several college men from the North who were earning money by ball playing during their vacations and were regarded as amateurs at home.

"I did not play for the money, but because I liked to play ball."

The Amateur Athletic Union decided he was no longer an amateur, however, and the IOC stripped him of both Olympic titles.

Sweden's Hugo Wieslander, who was awarded the decathlon gold instead, was thought to be uneasy with the decision and eventually donated it to a Swedish sports museum.

Norwegian Ferdinand Bie was elevated to pentathlon gold medallist but is also thought to have never accepted the medal.

IOC President Baron Pierre de Coubertin did not intercede to stop Thorpe's expulsion but said: "How can one think that for an instant, that if he had been called upon to swear upon his country's flag, he would have run the risk of swearing a false oath?"

An oath for athletes was introduced at the next Olympics in 1920.

Thorpe died in 1953, his name still missing from the official Olympic records.

Thirty years later, after lobbying by the family and Thorpe's biographer Robert Wheeler, the IOC made a concession.

"Having read the dossier, it took us only two hours of discussion to look at the matter from all angles and to decide that justice should be done for Jim Thorpe," said then IOC President Juan Antonio Samaranch.

The Olympic Review described an "historic ceremony" at Biltmore Hotel in Los Angeles, where Samaranch presented the medals to Thorpe's daughter Gale and son William.

The IOC Executive Board had agreed that "the name of James Thorpe will be added to the list of athletes who were crowned Olympic champions at the 1912 Games".

"However, the official report for these Games will not be modified," it was added, and Wieslander and Bie also remain as gold medallists.

Campaigners described this as a "bittersweet" gesture.

"To call Jim Thorpe a co-champion in his events isn't just inaccurate, it stands as a painful reminder of the deep inequities even the most triumphant athletes of colour have faced," the campaign states.

Thorpe's name was recognised at the 1984 Los Angeles Olympics.

Grandson Bill Thorpe Jr was selected as the joint first Torchbearer and chosen to carry the Olympic flag at the Opening Ceremony.

"The fact that Jim is not listed as the sole gold medal winner for the events is symbolic of that no matter how great Jim was, he still doesn't get full credit and acknowledgement for the accomplishments," the campaign says.

"And only until full acknowledgement of Jim's sole win in the face of adversity will Jim's family let this issue rest."

Thorpe himself later played baseball and American football with distinction and was never forgotten by sports fans.

In 1950 he was chosen as "athlete of the half century" and in 1951 his story was told in the feature film All American starring Burt Lancaster.