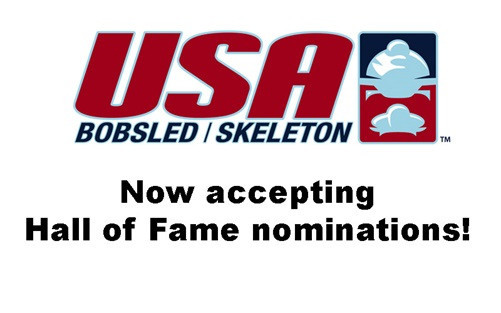 USA Bobsled and Skeleton has announced that it is accepting nominations for its 2020-2021 Hall of Fame class.

Nominees will be considered in both the athlete and sport contributor categories.

The governing body has asked for a "thorough description" of who is being nominated and why, with submissions needing to be between 250 and 1,000 words.

A deadline of July 31 has been set for submissions.

To be nominated in the athlete category, the person must have competed internationally for the United States and been retired for a minimum of 10 years.

They must also have demonstrated "a high level of character, teamwork, integrity, ability, sportsmanship and perseverance".

Sport contributors must have made a "significant impact on the sport at the national and/or international level as a coach, official, officer, committee member, Board member, team leader, manager or other role of relevant contribution".

They need to have made their contribution over at least five years, while they must possess a "high moral code of integrity, character and commitment" to bobsleigh and skeleton.

In 2017, bobsleigh pilot Steven Holcomb was inducted posthumously with the 10-year retirement rule waived for the first time.