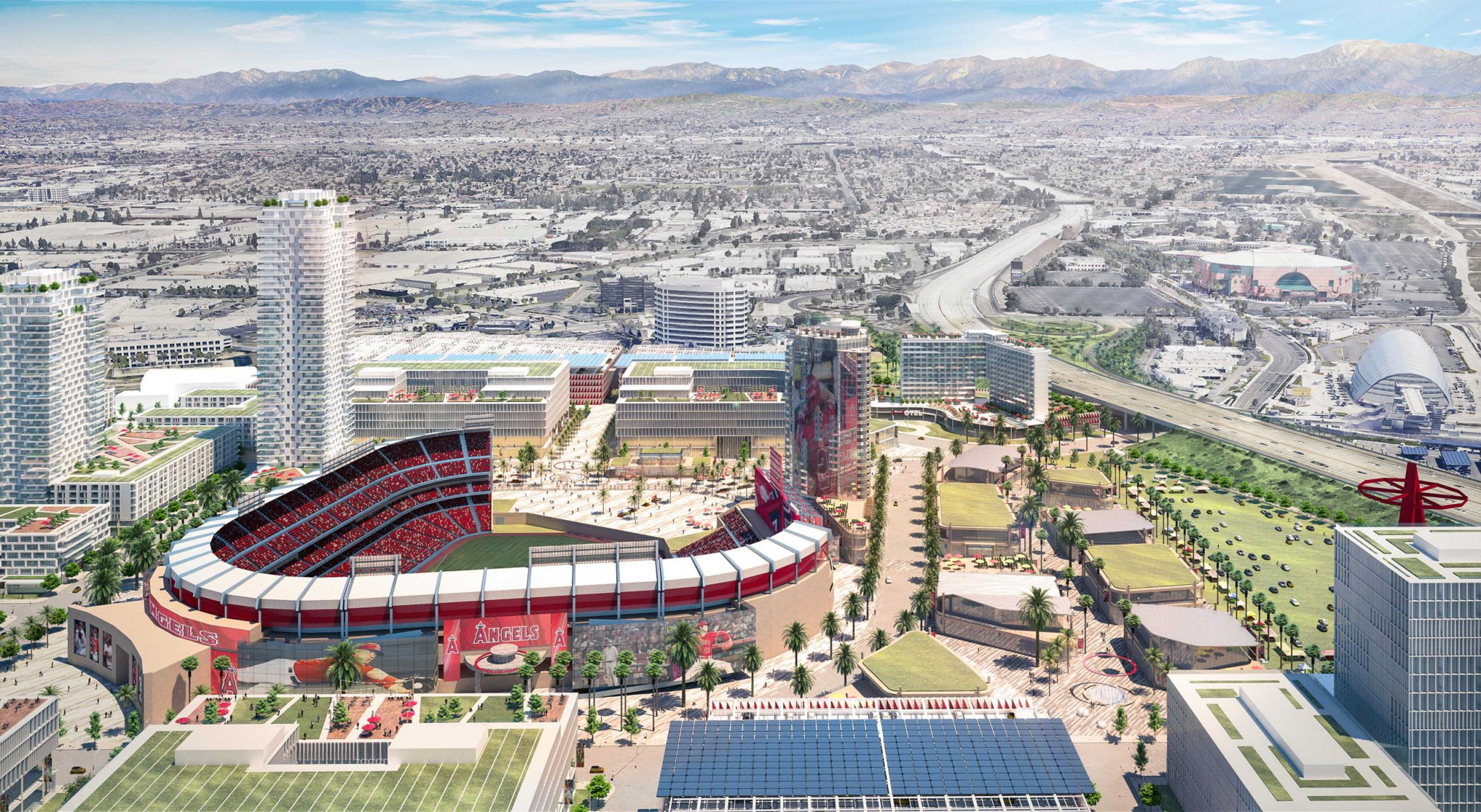 Plans for the development of a 153-acre site in Anaheim which includes Angel Stadium - a potential venue for the Los Angeles 2028 Olympics - have been unveiled by the City of Anaheim and the Los Angeles Angels.

The proposals include hotels, housing, parks and office space, as well as either a renovation of Angel Stadium or the construction of a new venue.

Anaheim City Council approved the sale of the area in question in December of last year, selling it to SRB Management Company.

The buyer of the site had until the end of August 2021 to unveil a Master Site Plan, but it has been unveiled early.

As for Angel Stadium itself, the plan gives two options - either renovating the existing venue or building a new, 45,500-seat stadium adjacent to it and the Santa Ana River.

The Angels have played in Angel Stadium since it was first built in 1966.

A planning and environmental review is set to be conducted between now and August, with a public hearing following at some point between August and September.

City Council public hearings are timetabled for September and October, with the city saying it hopes the Angels' commitment agreement, lease assignment and a finalised purchase and sale agreement can all be signed then.

Should baseball and softball be re-added to the programme for the 2028 Games, Angel Stadium has been proposed as a potential venue along with Dodger Stadium, where Los Angeles' other Major League Baseball team - the Los Angeles Dodgers - play.

Baseball and softball are on the Tokyo 2020 programme, but not Paris 2024.

USA Baseball and USA Softball were among national federations in the next three Summer Olympic host countries to sign a Memorandum of Understanding last year supporting the sport's inclusion in future Games.

Given the popularity of baseball and softball in the United States, there will be high hopes for inclusion in 2028.

Baseball was a demonstration sport at Los Angeles 1984, whereas both baseball and softball were on the programme for Atlanta 1996 when the US last hosted a Summer Games.