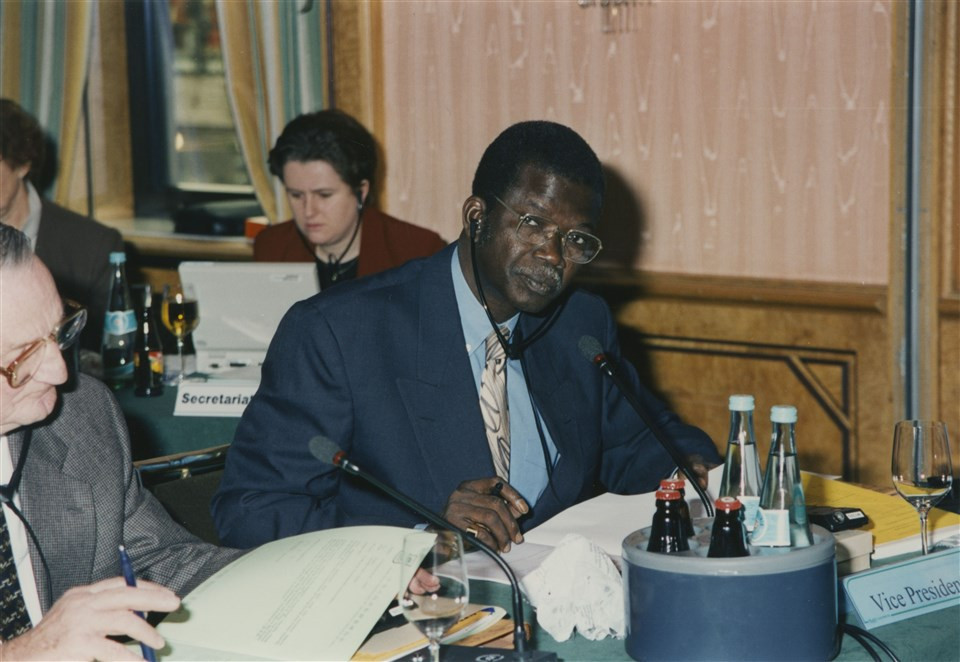 The International Basketball Federation (FIBA) has paid tribute to former President Abdoulaye Seye Moreau after his death at the age of 90.

Moreau served as FIBA's eighth President from 1998 to 2002, following a four-year stint as the organisation's vice-president.

Before that, the former player and referee, who officiated at the 1975 FIBA Women's World Championship in Colombia, served a five-year term as FIBA Africa President until 1998.

Born in Louga in Senegal in November 1929, Moreau played basketball for three clubs in the Senegalese Basketball First Division between 1955 and 1965, before careers in refereeing and governance within the sport.

Despite retiring from basketball activities, Moreau attended FIBA's Central Board meeting in Abidjan in the Ivory Coast last year, the first event of its kind to be held in Africa.

He was also present for the official opening of FIBA Africa's new headquarters in the city, which took place in 2019.

"On behalf of the FIBA family and all basketball stakeholders, I extend my sincere condolences to his family in Senegal.

"Mr Moreau actively participated in the modernisation of basketball in Africa.

"He was open-minded, and for me, he was a friend, a colleague, a father figure and advisor."

"His physical disappearance represents a significant loss for Senegal, Africa and the world," said Bile of Moreau's passing.

"He was a great man and a great basketball leader. He has dedicated a great part of his life to the basketball cause.

"As FIBA Africa Honorary President, he was always available whenever his presence was necessary.

"In 2019, he dignified the image of African basketball, attending the inauguration of FIBA Africa's newly built headquarters in Abidjan - the African House of Basketball.

"We could read his joy, emotion and delight on his face.

"He felt proud of the state-of-the-art building.

"It would be a tremendous honour and a fair recognition to see Senegal rename the Dakar Arena after Mr Moreau for all his services to basketball and sports in general."