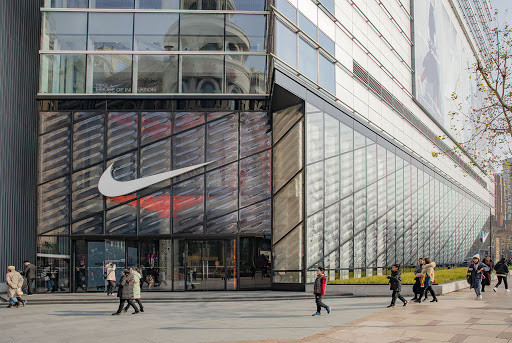 Sports footwear and apparel giant Nike swung heavily into loss in its March-to-May 2020 quarter, reflecting the impact of COVID-19.

The Oregon-based company said its fourth quarter results were "significantly impacted by physical store closures" across the globe.

It said product shipments to wholesale customers were down "nearly 50 per cent", resulting in lower total revenue and higher inventory.

However, in line with an upsurge of ecommerce generally, Nike’s digital business was said to be accelerating "in every market."

Meanwhile, in a development that may be of direct concern to sport, Nike said that what it refers to as "demand creation expense" dipped 19 per cent to $823 million (£669 million/€732 million), "as retail and brand marketing spend was shifted as sporting events were cancelled or delayed due to COVID-19."

On a more positive note, the company said that, as of June 25, "approximately 90 per cent" of Nike-owned stores were open worldwide, with retail traffic improving week-over-week.

There is also anecdotal evidence of an upturn in running activity during lockdown, while recreational team sports have been on hold – a trend from which Nike and other running shoe and apparel manufacturers will presumably hope to draw benefit in future, particularly if it is sustained as lockdowns ease.

President and chief executive John Donahoe said the company was "continuing to invest in our biggest opportunities, including a more connected digital marketplace."

Digital sales were said to have increased by 75 per cent in the most recent quarter, accounting for around 30 per cent of overall revenue.

Donahoe served notice in early February, following a visit to China, that sales and production there had been affected by measures introduced to prevent the spread of the virus.

Donahoe has only been in his current position since January.