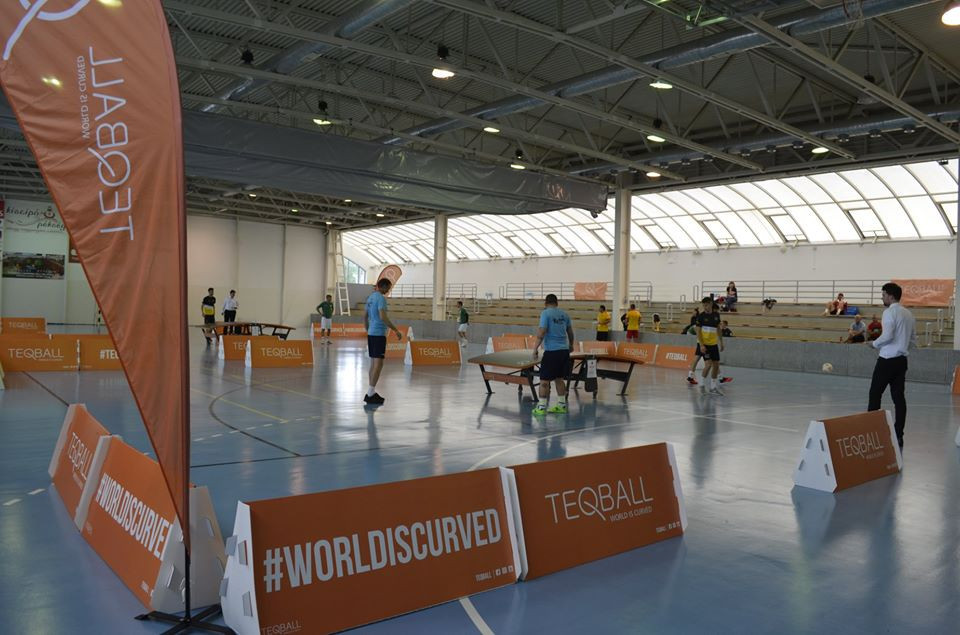 The Sárréti Teqball Sport Association, a regional body in Hungary, where the sport was founded, has held its first cup competition and had some of the nation's best players involved.

Based in Püspökladány in the east of the nation, Sárréti Teqball hosted a tournament on June 27, welcoming 12 sports associations from 11 cities in Hungary.

There was a field of 40 players as 20 doubles teams played in the first Amateur Doubles Teqball Cup.

There were four groups and two teq tables in the early stages of the competition, with the top two from each group advancing to the final eight.

It was knockout teqball from there.

Gábor Bajor and Zoltán Pál of Phoenix Teqball Academy took the final place on the podium in a bronze-medal match against Balázs Imreh and Róbert Szepessy of Infinity Teqball.

"As far as I know, there has not been such a large number of competitions in the countryside so far, because they were mostly held in the capital," Tamás Tóth, President of the club, said to local publication HAON.

"The Hungarian championship will start soon, we will start in the amateur second class, where we would like to hold one round every three months in the sports hall in Püspökladány."

Tóth became involved in the sport in 2015 after becoming a development engineer trainee at the International Federation of Teqball (FITEQ).

"After two years, I moved home to Püspökladány, and then in the winter my friend and I organised a indoor football tournament, where we saw that there are plenty of players who could be successful in teqball," Tóth added.

"We started to promote the sport locally, for example, we organised a beach soccer cup last summer, where we took out two tables, which was a great success among the participating teams.

"These experiences have led to the fact that it would be worthwhile to form an association in Sárrét, where we could bring together players from the area who could later successfully represent the region in competitions.

"In addition, one of the associations in the capital advertised an opportunity to help the formation of smaller clubs both professionally and by means.

"We received tables, professional materials, this is how the Sárrét Teqball Sports Association was established."