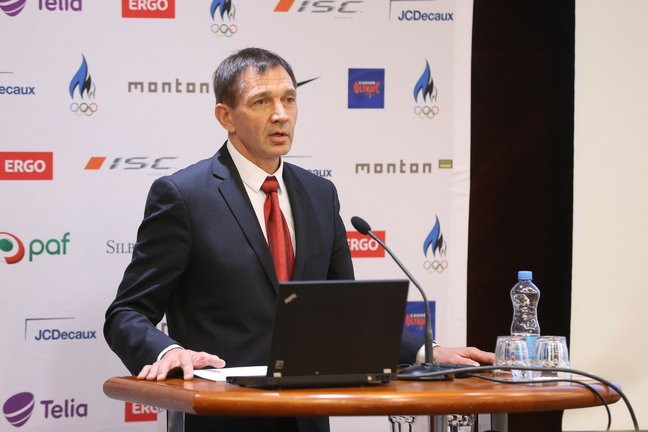 The General Assembly of the Estonian Olympic Committee (EOK) has re-elected Urmas Sõõrumaa as President of the organisation with his new term expiring in 2024.

The elections took place at the Kadriorg Stadium in Tallinn on June 8.

Sõõrumaa, who has served as EOK President since 2016, was elected in the first round after collecting 83 votes ahead of former vice-president Tõnu Tõniste who received 38.

Kanter has been the chair of the Athletes' Commission since 2017, while also being a member of the EOK Executive Board.

He became Olympic champion at Beijing 2008 and followed up his success with a bronze medal at the following Games at London 2012.

He has also been named an EOK honorary member.

Toomas Tõnise and Erich Teigamägi were appointed vice-presidents of EOK.

EOK President Sõõrumaa had previously been called to resign from his position after he gave his support to Estonian officials who were embroiled in a doping scandal at the 2019 International Ski Federation Nordic World Ski Championships.

He backed the involvement of Mati Alaver, who was part of the controversial doping case surrounding double world champion Andrus Veerpalu, later acquitted after initially being handed a three-year ban for suspected doping involving allegations of using growth hormones.

Alaver was convicted later that year for inciting doping and is currently serving 18 months on probation.

At the time, the spokesperson for the EOK claimed Sõõrumaa "did not mean in his editorial that involvement in doping should be forgiven."

"Instead, Mr Sõõrumaa’s meaning in the editorial was more abstract – that any mistake should be appreciated as an opportunity to learn," the spokesperson told insidethegames.

"He remains fully in the position of zero tolerance to doping."

All of Estonia's Winter Olympic medals - four golds, two silvers and a bronze, were won in cross-country skiing.

Wrestling, athletics and weightlifting are the nation's most successful summer Olympic sports.