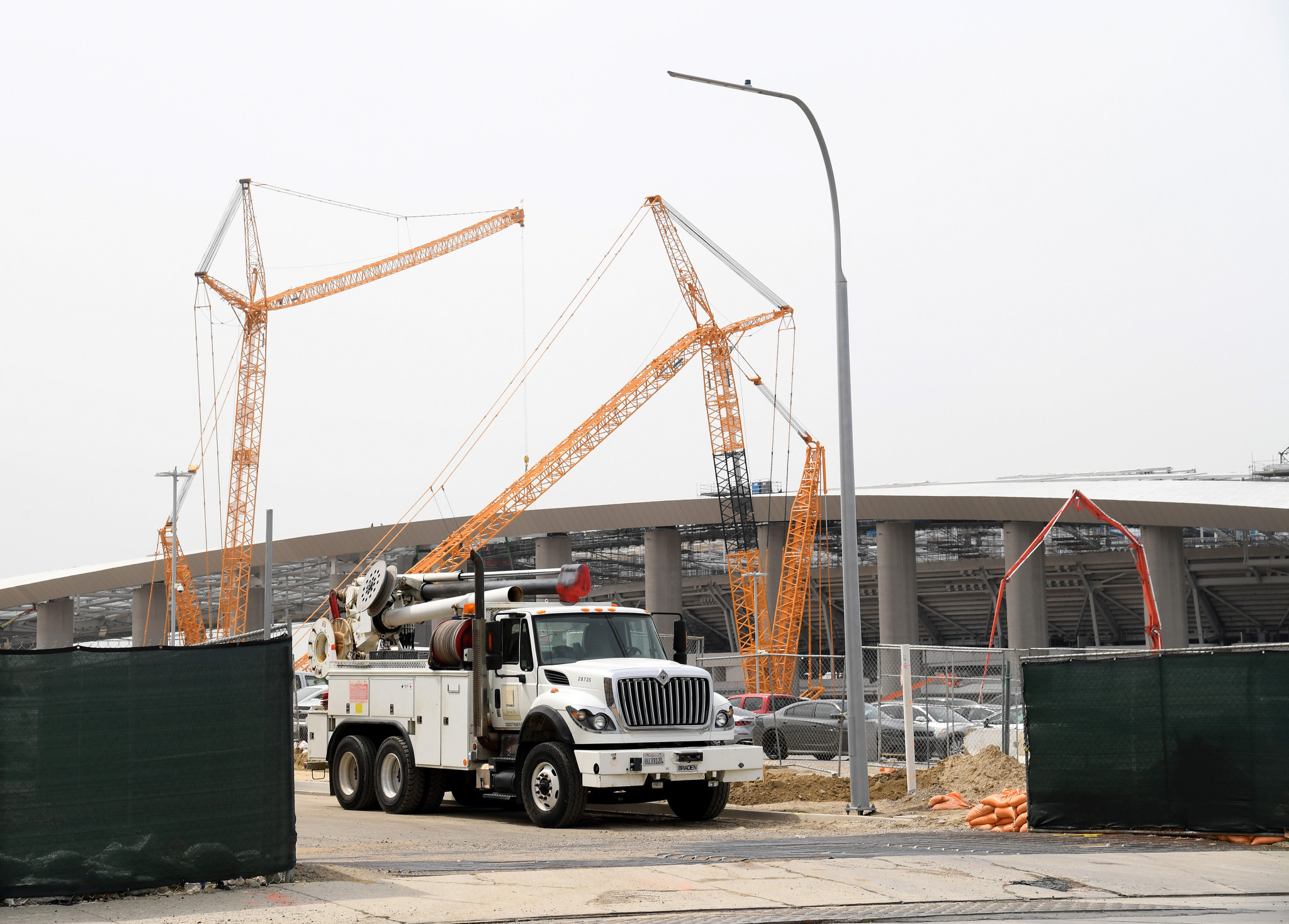 Five more workers on the SoFi Stadium construction site have tested positive for COVID-19, meaning at least 18 people building one of the flagship venues for the Los Angeles 2028 Olympic and Paralympic Games have contracted the deadly virus.

Construction of the stadium has largely continued through the pandemic.

However, it was suspended earlier this month following the death of a construction worker.

The Los Angeles Times quoted an attorney representing the family as saying Beccera’s death was "the result of reckless disregard for the basic safety rules protecting workers".

Come Los Angeles 2028, then venue is scheduled to host elements of both the Olympic Opening and Closing Ceremonies, as well as football and archery events.

A Taylor Swift concert was due to open the stadium this summer and be part of a series of gigs, but they cannot go ahead because of the pandemic.

A preseason National Football League (NFL) game between the Los Angeles Rams and New Orleans Saints on August 14 is now the first significant event scheduled at SoFi Stadium, but doubts remain over whether or not that match will happen.

The Rams are one of two NFL teams set to play at the venue, along with the Los Angeles Chargers.