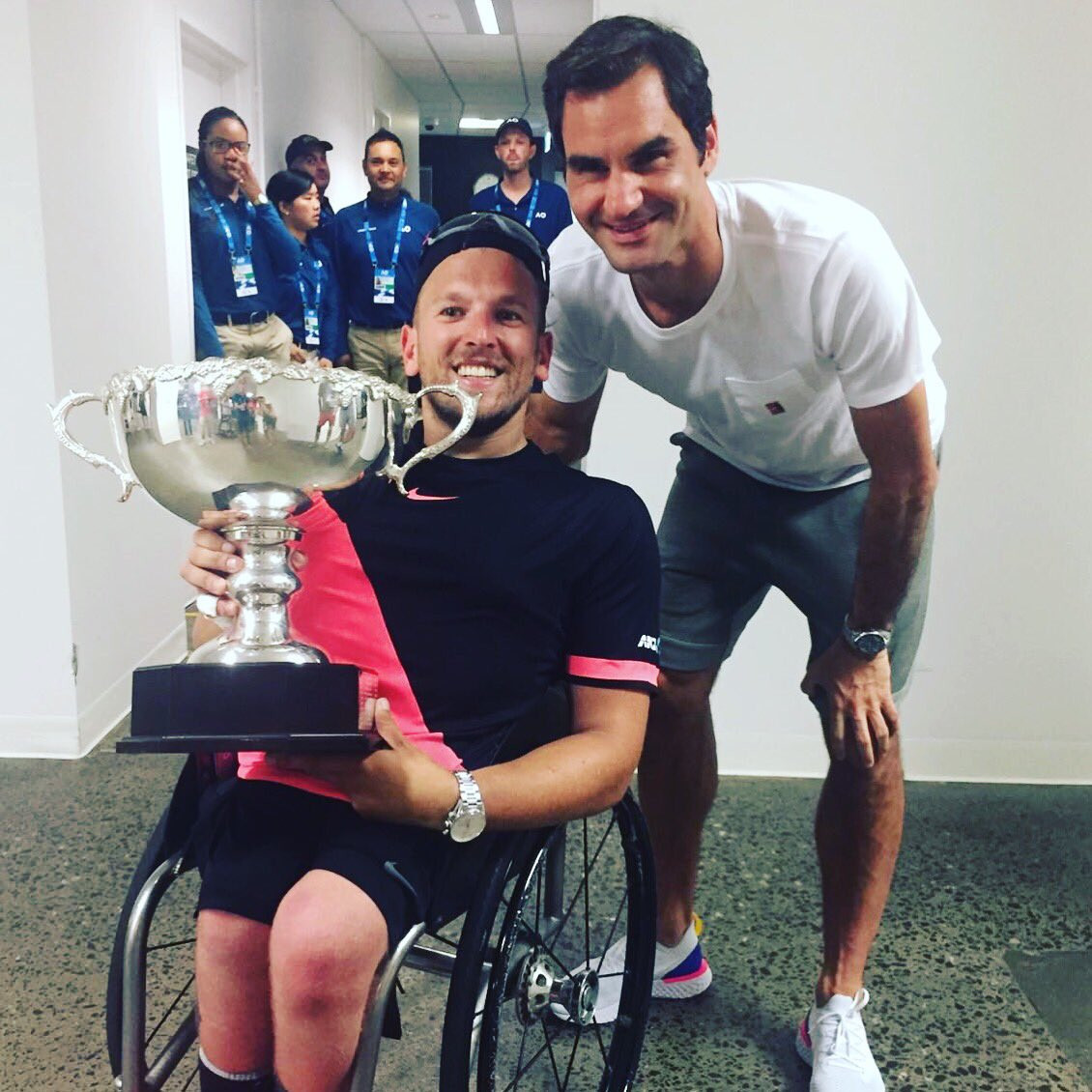 Roger Federer and Novak Djokovic are backing a campaign by Australia's 10-time Grand Slam champion Dylan Alcott to get wheelchair tennis restored to the programme for this year's US Open in New York City, he has revealed.

Britain's double Olympic gold medallist Andy Murray has also offered to help, according to Alcott, who spent half-an-hour on the telephone to him about the situation.

US Open chiefs announced earlier this week that the Grand Slam, re-arranged due to the coronavirus crisis, would take place, starting on August 31, but only the men’s and women’s singles and doubles would be included on the schedule.

Mixed doubles, junior and wheelchair events have all been cut from the programme.

It has sparked claims of discrimination against wheelchair players.

“This sets a really dangerous example for people all around the world that we are second rate citizens and we aren’t worth as much as our able-bodied counterparts.” Dylan Alcott has slammed the organisers of the U.S. Open for dropping wheelchair tennis. #9Today pic.twitter.com/cpB1l5zDnf

"This sets a really dangerous example around the world that we are second-rate citizens," three-time Paralympic Games gold medallist Alcott told The Today Show on Australian broadcaster Channel 9 this morning.

"That we aren’t worth as much as our able-bodied counterparts.

"I know there’s a lot going on in the world and I want to send my love to everyone affected by COVID and Black Lives Matter and everything like that but that decision is up to us the same way as it’s up to Ash Barty or Roger Federer or whatever.

"I actually spoke to Andy Murray on the phone for 30 minutes last night, he’s publicly this morning backed us wheelchair tennis players online, which is awesome.

"I know a lot of the top players, the likes of Federer and Novak are reaching out internally to try and help because they love wheelchair tennis as well.

"I know the public does, too.

"I just want to get that decision-making back in our hands."

Houdet tweeted that the USTA had "apologised for the lack of upstream discussions and for poor communication on the subject."

Houdet said players had been offered three options and would be consulted before a decision was made.

He reported that the options were cancelling the tournament and paying compensation of $150,000 (£121,000/€134,000), playing the event in October in Orlando or playing in New York during the tournament with an endowment reduced by five per cent compared to 2019.