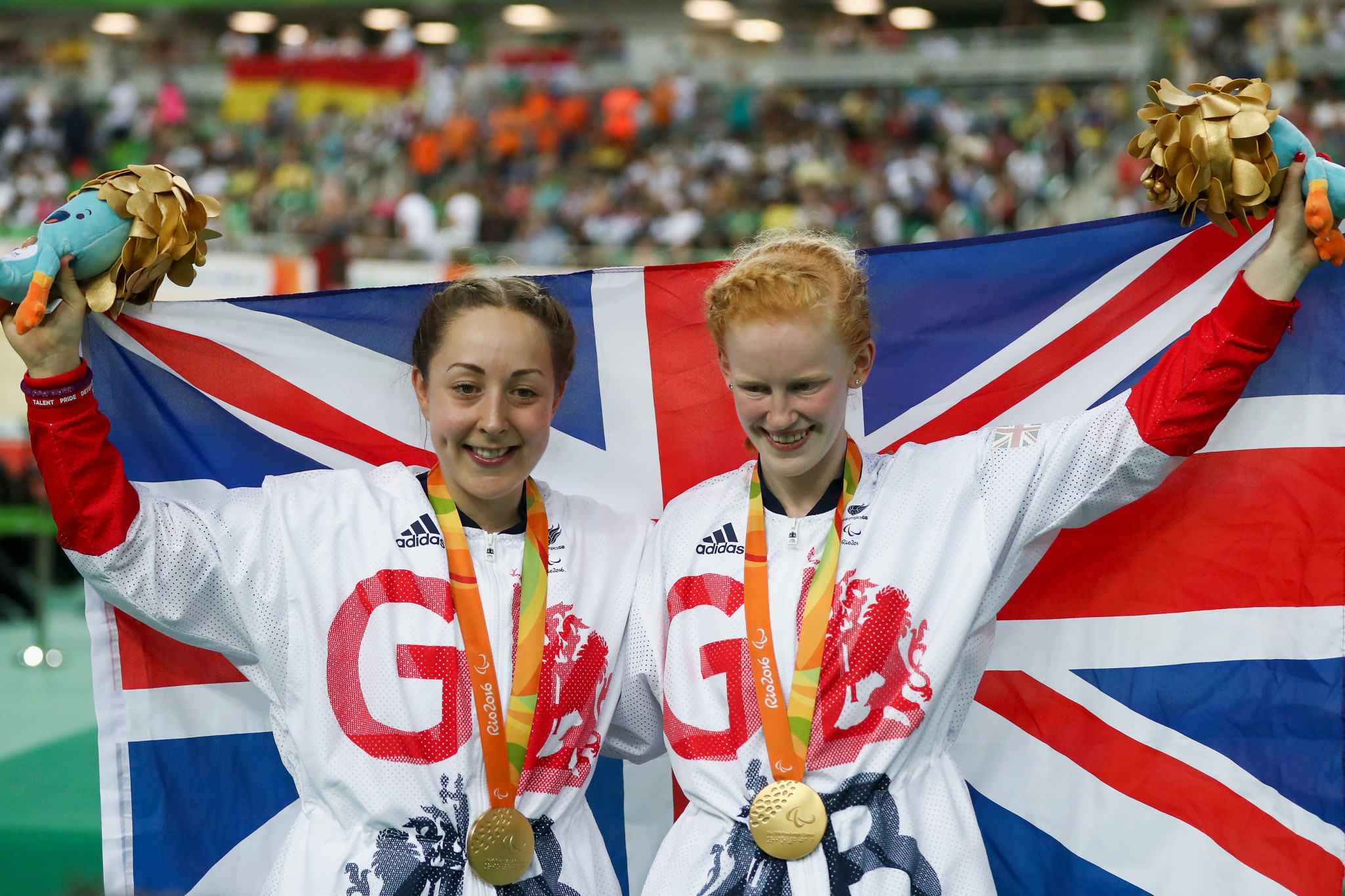 Reigning Paralympic cycling champion Sophie Thornhill has announced her decision to retire from the sport to focus on her education, following the postponement of Tokyo 2020.

The 24-year-old won tandem kilo gold at Rio 2016 with pilot Helen Scott, while the duo also secured bronze in the pursuit event.

Thornill and Scott triumphed in all four events they contested at the Commonwealth Games, winning tandem kilo and sprint titles at both Glasgow 2014 and Gold Coast 2018.

"My plan was always to retire after Tokyo, so when the dates changed, I had a really difficult decision to make," said Thornill.

"After a lot of thought and support, I am ready to move onto the next chapter of my life and focus my energy on another of my passions.

"I am thrilled to say I will begin studying history at Manchester Metropolitan University in September.

"Cycling has been a huge part of my life for the last twelve years and has provided me with some of the biggest highlights in my life, including becoming Paralympic champion in 2016 and setting world records at the Commonwealth Games in 2018.

"I have met and worked with amazing people along the journey, the most important of which is Scottie, I cannot thank her enough for the amazing memories we have made together.

"I have also worked with the most amazing support team, many of whom have gone above and beyond for me and they have been unbelievable in their support.

"I’d like to thank everyone in the Great Britain Cycling Team for everything they have done for me and my career, and I’d like to wish them the absolute best of luck for Tokyo next year."

Reigning Paralympic, double world and double Commonwealth champion @SophieThornhill has announced her retirement from elite sport to focus on her education 👏

Join us in wishing her the best of luck for the future and reflecting on an incredible career with the #GBCT 🇬🇧 pic.twitter.com/uOmXv5cdl2

British Cycling said Thornhill’s departure will create an opportunity for a blind or visually impaired rider to join the team.

The rider would train with Scott, who is seeking to retain the Paralympic title at Tokyo 2020 next year.

"On behalf of everyone on the team, I would like to congratulate Sophie on an outstanding career and thank her for the contributions she has made not just to para-cycling but to para sport in general,” Park said.

"Sophie can take pride in the fact that she was undeniably the best female tandem sprinter in the world for over six years, taking victories in differing track condition with different pilots.

"Off the bike, I’ve been impressed with the incredible maturity and composure Sophie shows, which has made her a valuable member of our Rider Representative Commission and over the years I have known her she has really found her voice which has helped with her passion for advancing para sport.

"Sophie’s friendly and welcoming demeanour have made her a real asset to the team, and I’m full of admiration for her approach to overcoming the adversity of her condition which she does with humour, determination and resilience.

"This has allowed her to not only excel on the bike but has pushed the boundaries of her event beyond recognition."