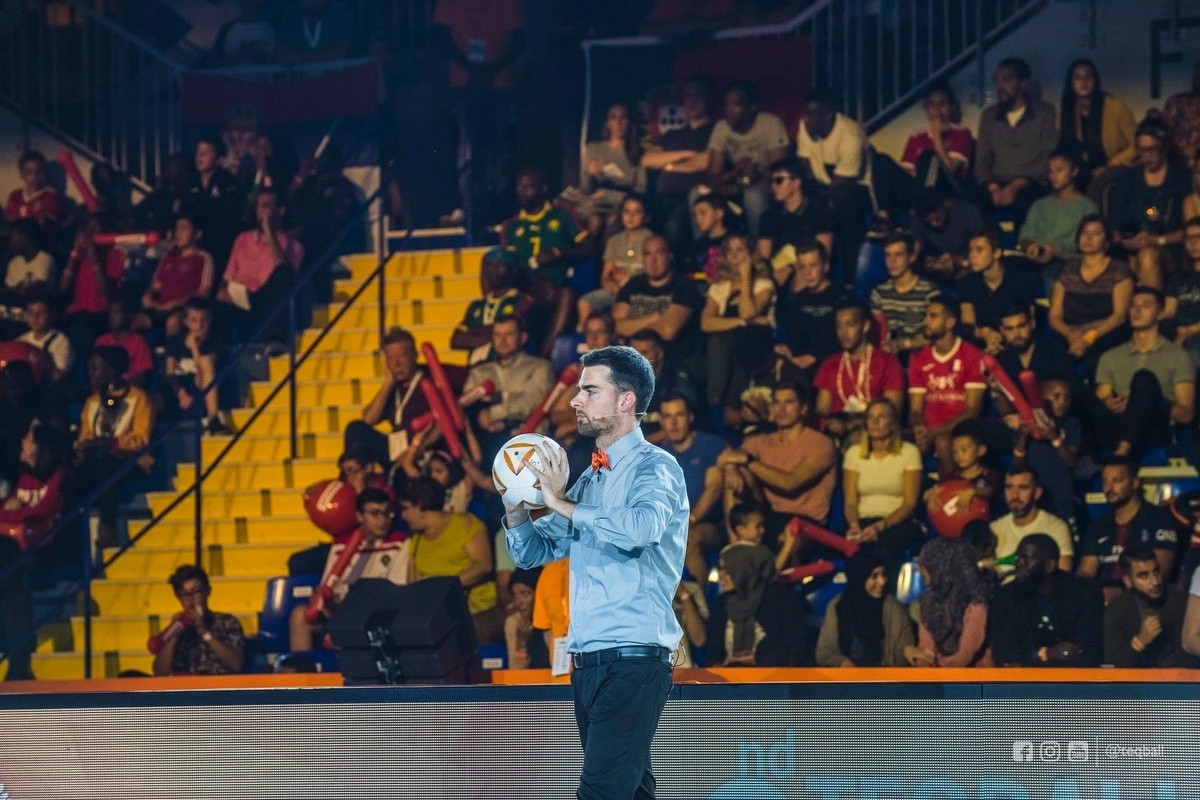 Teqball referee Martin Gorman discussed his experiences of officiating at the 2018 and 2019 Teqball World Championships.

Gorman started his teqball career as a player, representing England in the doubles event at the 2017 World Championships in Budapest.

In an interview with the International Teqball Federation, he described his transition to officiating.

"In the beginning, there were lots of people involved in a variety of roles," he said.

"For example, besides refereeing, I also played at events and installed tables.

"Then, when the sport began to expand, the different aspects of teqball started branching off.

"Being a professional teqball athlete quickly became a full time job and I did not think it was one I would have been able to maintain.

"In 2018, when the whole referee system was created, I was contacted to see whether I would like to be a professional referee.

"Despite having never been a referee in any other sport, after considering the advantages, as well as the responsibilities, I accepted."

Gorman is now the number one teqball referee in the world, having been selected as main referee for both the 2018 and 2019 Teqball World Championships in Reims and Budapest respectively.

He revealed how he felt when he found out he would officiate the finals in 2018.

"As one of the more experienced referees, I knew that there was a good chance I would be selected for the finals beforehand, so I had time to prepare mentally," Gorman said.

"The biggest challenge was when they told me I will be equipped with a live microphone that could not be turned off during the game.

"So not only would I have to make quick decisions in front of thousands of people in the arena, and many more through broadcast, but I would also have to be saying them out loud.

"I had never done anything like this before and there were no examples to build upon.

"In normal circumstances, this would have made me nervous, but for some reason I wasn’t.

"I might have been inside, I don’t know, but the weight of responsibility just took over and I was so concentrated on the task at hand, that the only feeling during the rehearsal and the final games was that I must not let anybody down, especially myself."

With teqball growing in popularity around the world rapidly, Gorman offered his advice for prospective referees.

"Practice as much as you can," he said.

"In the case of refereeing this means practising the appliance of the rules, so officiate as many games as you can, as well as practising refereeing under pressure.

"During games, be positive and don’t worry about what the players, coaches or fans say.

"You might make a mistake, but there’s no point in analysing it during the match.

"On the other hand, try analysing your performance after the game, request feedback so you can see what you need to improve in and be self-critical.

"You have to have confidence and a healthy amount of ego, otherwise you will not be able to function as a referee under pressure, even if you make 100 per cent correct decisions in practice games."