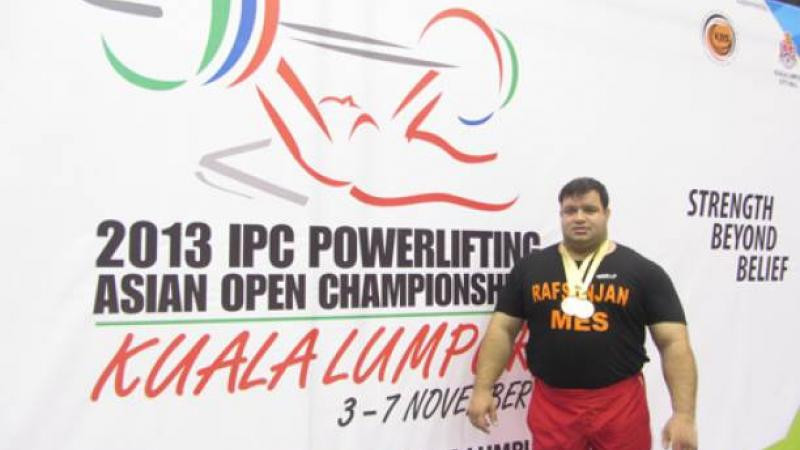 Ali Asghar Ravasi, the new head coach of the Iranian powerlifting team, told ISNA that it is hoped Pourmirzaei can replicate Rahman's superb achievements in the heavyweight class.

Known as the world's strongest Paralympian, Rahman clinched gold at the London 2012 and Rio 2016 Paralympic Games.

The triple world champion broke the men's over 107 kilograms category world record with a lift of 310kg in the Brazilian city, but tragically died of a heart attack aged just 32 in March.

He has since been honoured with a giant bust in his home town of Oshnavieh.

"The sudden demise of Siaman Rahman inflicted a great blow to the team and first, efforts should be put to rebuild the team's morale and then to get prepared for the Tokyo Paralympics," said Ravasi.

"Currently, Mansour Pourmirzaei, who has already secured quota for the Tokyo Paralympics, is the best option for replacing Rahman and we are hopeful that he could repeat Rahman's gold in Tokyo.

"We will try to boost his record so that he could be an appropriate replacement for Rahman."