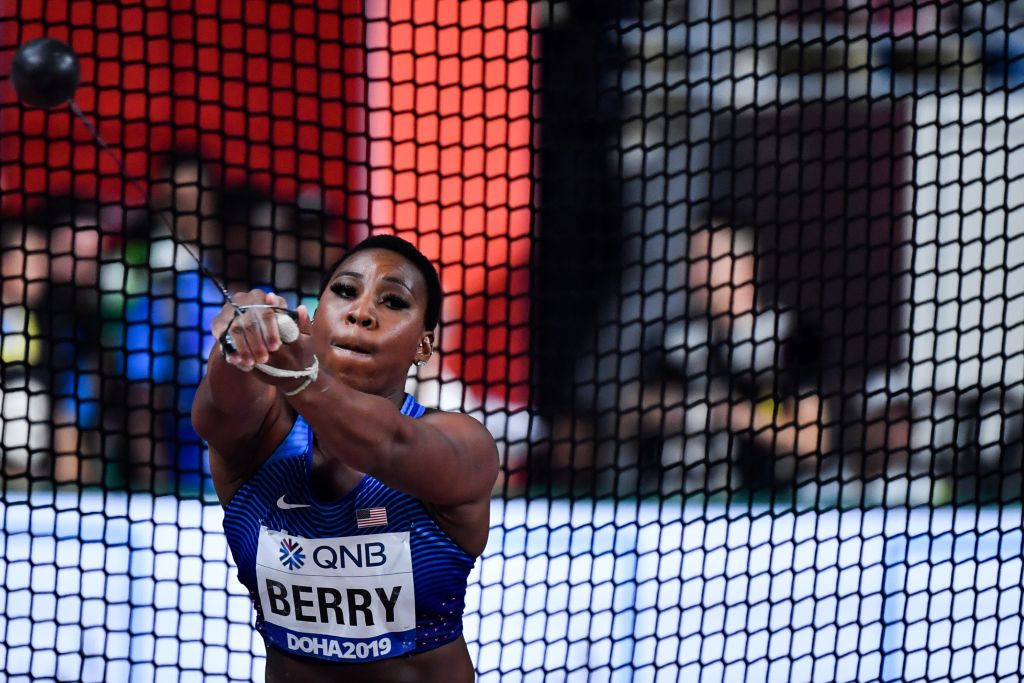 American hammer thrower Gwen Berry has said United States Olympic and Paralympic Committee (USOPC) chief executive Sarah Hirshland has apologised for "not understanding the impact her decisions had on me" after she was placed on probation for a podium protest at Lima 2019.

Berry said she was "able to express my grievances" in a telephone conversation with Hirshland and USA Track and Field officials last night, which came after the athlete had demanded an apology from the USOPC in light of the organisation's response to the death of George Floyd.

The two held talks after Berry criticised Hirshland's letter to athletes addressing the widespread demonstrations across the country, which said the USOPC "stands with those who demand equality".

Berry and fencer Race Imboden were sanctioned with a year's probation by the USOPC after they protested on the podium at the 2019 Pan American Games in Lima.

Berry raised a clenched fist in protest at racial inequality in the US after winning gold in the women's hammer, while Imboden took a knee in protest at racism, gun control, the mistreatment of immigrants and President Donald Trump.

"We came to some good conclusions," Berry said of the discussion with Hirshland.

"The most important thing were figuring out ways to move forward.

(1/2) I am grateful to Gwen for her time and her honesty last night. I heard her. I apologized for how my decisions made her feel and also did my best to explain why I made them. Gwen has a powerful voice in this national conversation, and

Hirshland had praised Berry and Imboden for their admirable decisions to be an "active citizen" when demonstrating at the Pan American Games, but said in a letter to the hammer thrower after the event that she disagreed "with the moment and manner in which you chose to express your views".

"I am grateful to Gwen for her time and her honesty last night,” the USOPC chief executive said.

"I apologised for how my decisions made her feel and also did my best to explain why I made them.

"Gwen has a powerful voice in this national conversation, and I am sure that together we can use the platform of Olympic and Paralympic sport to address and fight against systematic inequality and racism in our country."

Protests have continued in the US and across the world following the death of Floyd, an unarmed black man killed by white police officer Derek Chauvin in Minneapolis.

A memorial service for Floyd, who died after Chauvin knelt on his neck for more than eight minutes, was held last night.

Chauvin's charge has been upgraded from third to second-degree murder, while three other officers have been charged as accomplices.