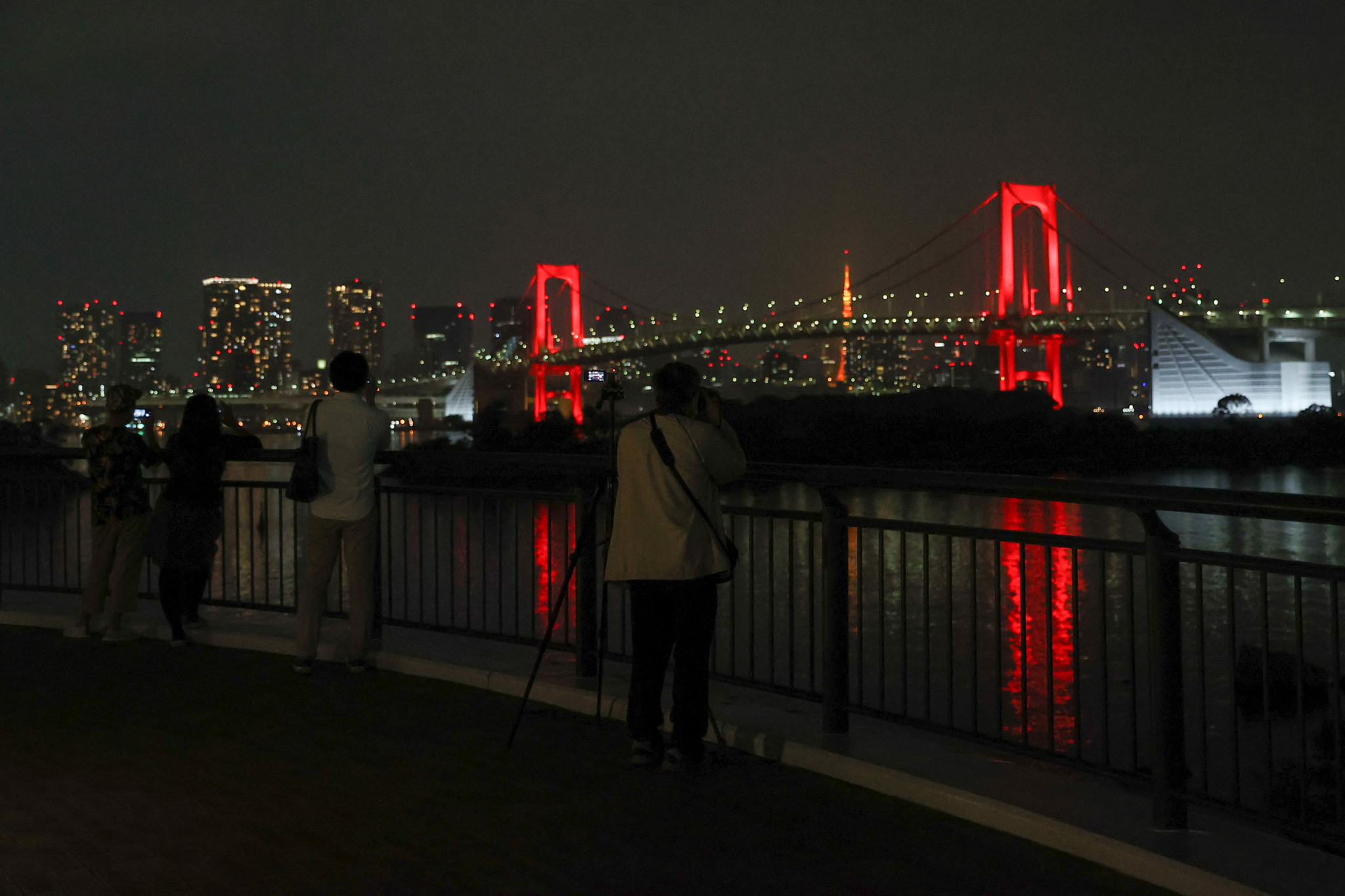 The Tokyo Metropolitan Government has issued an alert to citizens following 34 new coronavirus cases in the city.

The rise in new cases came as the Olympic and Paralympic host aimed to ease restrictions imposed to slow the spread of COVID-19.

The easing of restrictions followed Japanese Prime Minister Shinzō Abe lifting the state of emergency in the country last week.

According to the Japan Times, Tokyo Governor Yuriko Koike said the purpose of the alert was to make the public "aware of our precarious situation and urge them to be cautious".

The Rainbow Bridge in Tokyo Bay and the Tokyo Metropolitan Government offices were lit red to highlight the warning.

Government officials are reportedly hoping the public remain home unless they have urgent business, while continuing to encourage social distancing.

The number of confirmed new cases had reached its highest point since May 14 in the capital, when more than 30 cases were recorded.

Tokyo has entered phase two of plans to ease restrictions with gyms and department stores among the businesses allowed to reopen from Monday (June 1).

Mass gatherings have been limited to 100 people indoors, doubling for events held outside.

Tokyo has recorded more than 5,200 coronavirus cases since the pandemic began, resulting in a reported 306 deaths.

Japan has had less than 100 new cases each day since May 12.

The easing of restrictions enabled Tokyo 2020 staff to start returning to the Organising Committee headquarters on Monday after two months working from home.

Teams are working on a rotation basis to ensure the office does not exceed 50 per cent capacity, while staff members have to wear masks and monitor their temperatures.

Employees have been told to wash their hands regularly and observe social distancing rules.

The Tokyo 2020 Olympic and Paralympic Games have been postponed to 2021 due to the crisis.

The Olympics have been rescheduled for July 23 to August 8, with the Paralympics set to run from August 24 to September 5.