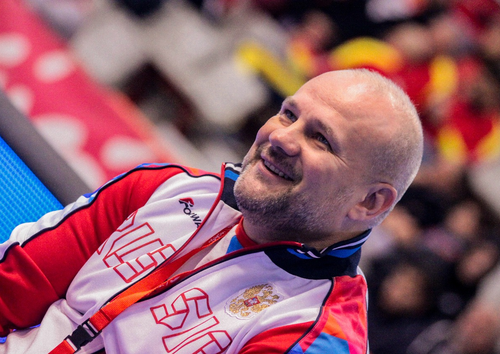 Russian combat sambo head coach Alexander Konakov has claimed the development of the a combat sambo league is key to help the popularise the discipline.

A declaration was signed in March for the development of a professional combat sambo league, with the statement claiming the discipline generates the greatest interest and excitement among the spectators.

"This year is presentation for the League, the year of its formation," Konakov said.

"As you remember, the first tournament we held on February 22, on the eve of Defender of the Fatherland Day, which is very symbolic in my opinion.

"A special status was given to this event by the presence of Russian President Vladimir Putin at the event.

"Our main task for this year is to create a professional line of combat sambo.

"This is primarily a development strategy and the popularisation of combat sambo, as a professional direction for all athletes, coaches and those specialists who work in the field of our sport.

"At the end of the year, in the month of December, it is planned to hold the first presentation international professional combat sambo tournament.

"As for the format of the event, a preliminary meeting of the Russian team with the world team is planned, where highly qualified, experienced athletes will take part.”"

Konanko added that the All-Russian Sambo Federation and the proposed Professional Combat Sambo League will also aim to teach participants about the history of the discipline.

He said the organisations plan to hold an event in Russia on June 12 which will outline four stages of sambo’s development in Russia.

This will include pre-, during and post-World War Two development, as well as modern sambo.

An international conference dedicated to the strategic development of the league is also expected to be held in 2021.