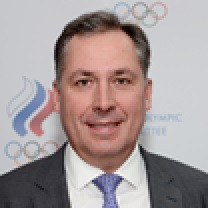 "In a steady flow of attempts to punish RUSADA, we see a persistent desire of our colleagues from the international governing body [WADA] to assume the right of being an investigator, prosecutor and punisher at the same time," Pozdnyakov said.

Pozdynakov said he made the above comment in relation to alleged statements by former chairman of the WADA Compliance Review Committee Jonathan Taylor.

It was alleged by Pozdynakov that Taylor said he had "aimed to humiliate Russian athletes."

Pozdynakov added: "Everything that we are speaking about has continued for a number of years, but we, the people of Russia, remain patient and courageous, overcoming all difficulties."

In reference to the Soviet Union's victory over Nazi Germany in 1945, Pozdynakov added: "This is what our ancestors did 75 years ago and we must not be weaker in comparison to them."

In a statement issued to insidethegames in response to Pozdynakov's comments, WADA said: "WADA is very confident in the robustness and independence of its processes.

"In every investigation they conduct, WADA investigators operate thoroughly and independently from WADA management and governing bodies, and go wherever the evidence leads them.

"In all compliance cases in relation to a signatory to the World Anti-Doping Code such as RUSADA, the independent Compliance Review Committee makes its recommendations to the WADA Executive Committee, which is made up equally of representatives from the Sports Movement, including an athlete, and Governments of the world.

"In the case of RUSADA, both the Compliance Review Committee and Executive Committee were unanimous.

"Ultimately, it is the Court of Arbitration for Sport (CAS) that decides, not WADA, which adds another layer of independence to the process."

The case centres around the alleged manipulation of data found in a Moscow Laboratory, relating to the files of 145 athletes within a group of 298, all targeted through an ongoing Operation LIMS investigation.

A hearing in relation to the case has been delayed by the coronavirus pandemic, but WADA hopes it will be held in July.

In February, WADA failed in a bid to have the CAS case held publicly because all parties involved could not reach an agreement.

Among the sanctions WADA has imposed on RUSADA is a four-year ban on the Russian flag flying at either Olympic Games or World Championships.

Russia has also been barred from bidding for the 2032 Olympic and Paralympic Games and is set to be stripped of any World Championships it has been awarded if CAS rules in WADA's favour.