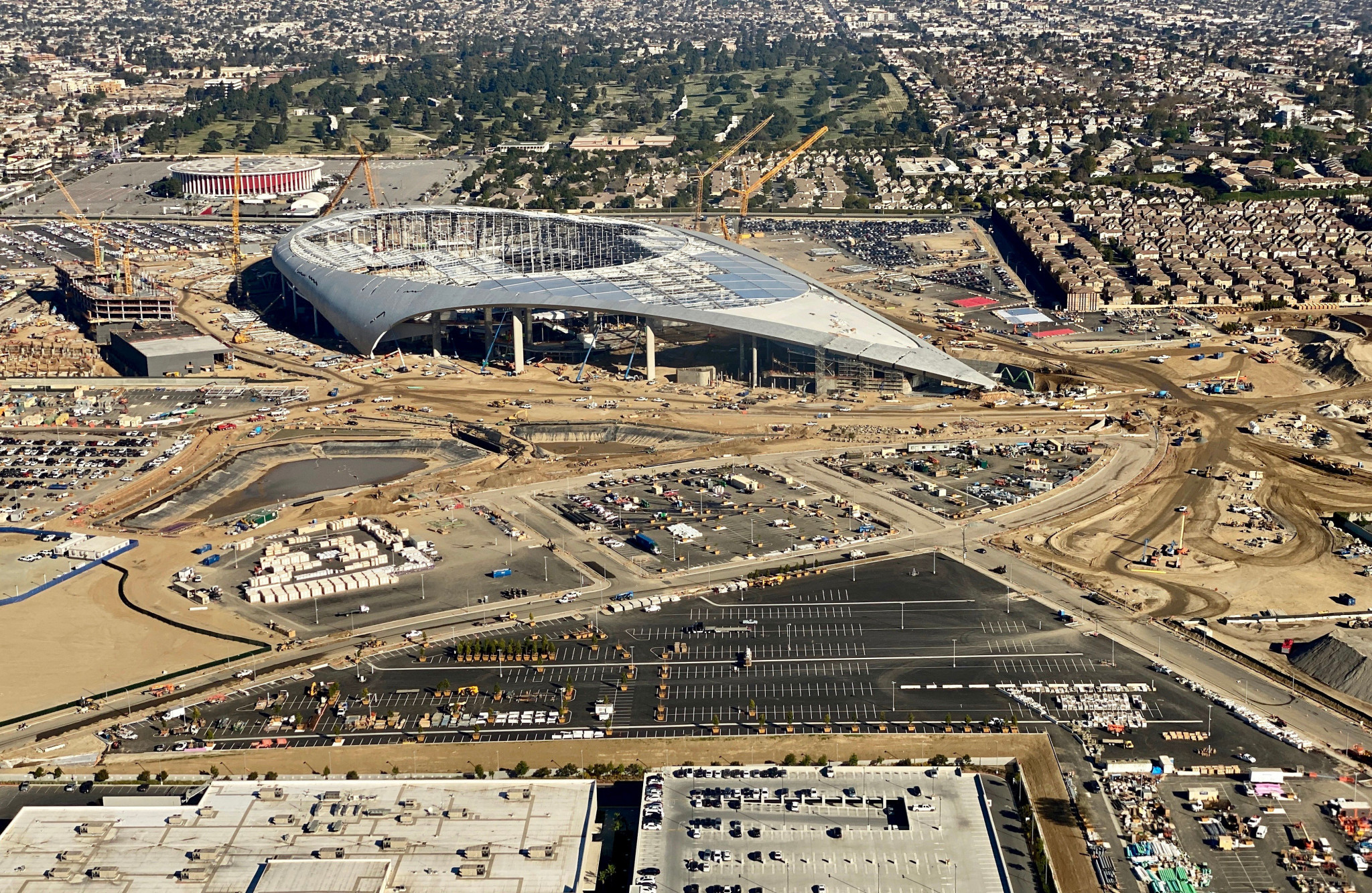 The Los Angeles Rams are to receive an additional $500 million (£410 million/€459 million) loan from the National Football League (NFL) to help finance SoFi Stadium, one of the venues for the 2028 Olympic and Paralympic Games.

As well as the extra funds, the Rams want repay what they borrow over 30 years rather than 15, reports The Athletic.

The Rams are due to open the new venue when they take on the Dallas Cowboys in the first week of the 2020 NFL regular season on September 13, but that game is likely to go ahead behind closed doors if it is able to be staged at all.

The coronavirus pandemic has already caused of the cancellation of a series of concerts due to launch the new stadium in the coming months, which were headlined by a Taylor Swift gig.

An anticipated fall in revenue for the 2020 season due to the likelihood of fans not being able to attend games - coupled with disappointing sales of personal seat licenses and higher-than-expected construction costs - led to the Rams requesting the loan.

California Governor Gavin Newsom previously stated his belief that full stadiums for sporting events will not become the reality again until there is a COVID-19 vaccine.

SoFi Stadium is planned to be to be one of the venues for the Opening and Closing Ceremonies of the Los Angeles 2028 Olympics, as well as hosting football and archery events.

It is being built on the site of the old Hollywood Park racetrack and construction has continued despite at least five workers testing positive for coronavirus, with the venue's huge video screen now partially installed.

Some restrictions have been eased, but the county is only in phase two of a five-phase recovery plan.

As well as the Rams, another NFL team - the Los Angeles Chargers - will play their home games at SoFi Stadium, while an end-of-season college football bowl game at the arena has also been launched.