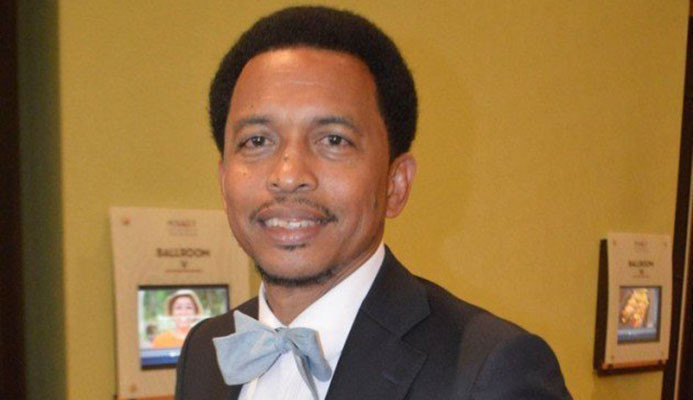 Lewis's comments came after International Olympic Committee (IOC) President Thomas Bach acknowledged that Tokyo 2020 would be cancelled if the Games were not held in 2021.

Competition was rescheduled to July 23 to August 8 2021 due to the coronavirus pandemic, but concerns remain over whether the multi-sport events will be able to take place.

More than 5.2 million coronavirus cases and 336,000 deaths have now been reported since the outbreak began.

Lewis suggested the cancellation of Tokyo 2020 would mean grave financial troubles for NOCs.

"Within recent days the IOC President has indicated that if the Olympics can't be held next year it will be cancelled," he said, as reported by Trinidad and Tobago Guardian.

"That will have a significant and tremendous negative impact on the business and funding model of the Olympic Movement and if that should happen it will put some NOCs in a big hole.

"And if that should happen the TTOC will also find itself facing some difficulties and challenges.

"So there is real grey cloud ahead, given the uncertainties and realities of COVID-19."

Last week, the IOC announced it had set aside an "aid package" of $150 million (£122 million/€137 million), aimed at supporting NOCs and International Federations impacted by the pandemic.

The Association of National Olympic Committees (ANOC) also said earlier this week that it will provide additional funding to help support NOCs to prepare for next year’s Olympic Games.

It is unknown if there will be additional financial support if Tokyo 2020 is cancelled, however.

Despite the uncertainty, Lewis remained confident that TTOC could survive the turmoil.

"We are looking at some strategic initiatives which are aimed at providing TTOC with sustainable revenue streams given the new normal of what we anticipate will be the post COVID-19 world," he said.

"Since 2013 we have been focusing strategic attention on transforming and modernising the TTOC's marketing model and we will need to build on some of those initiatives and the diversification of the TTOC's revenue stream.

"We are remaining very proactive and it's important to remain proactive, innovative and creative."