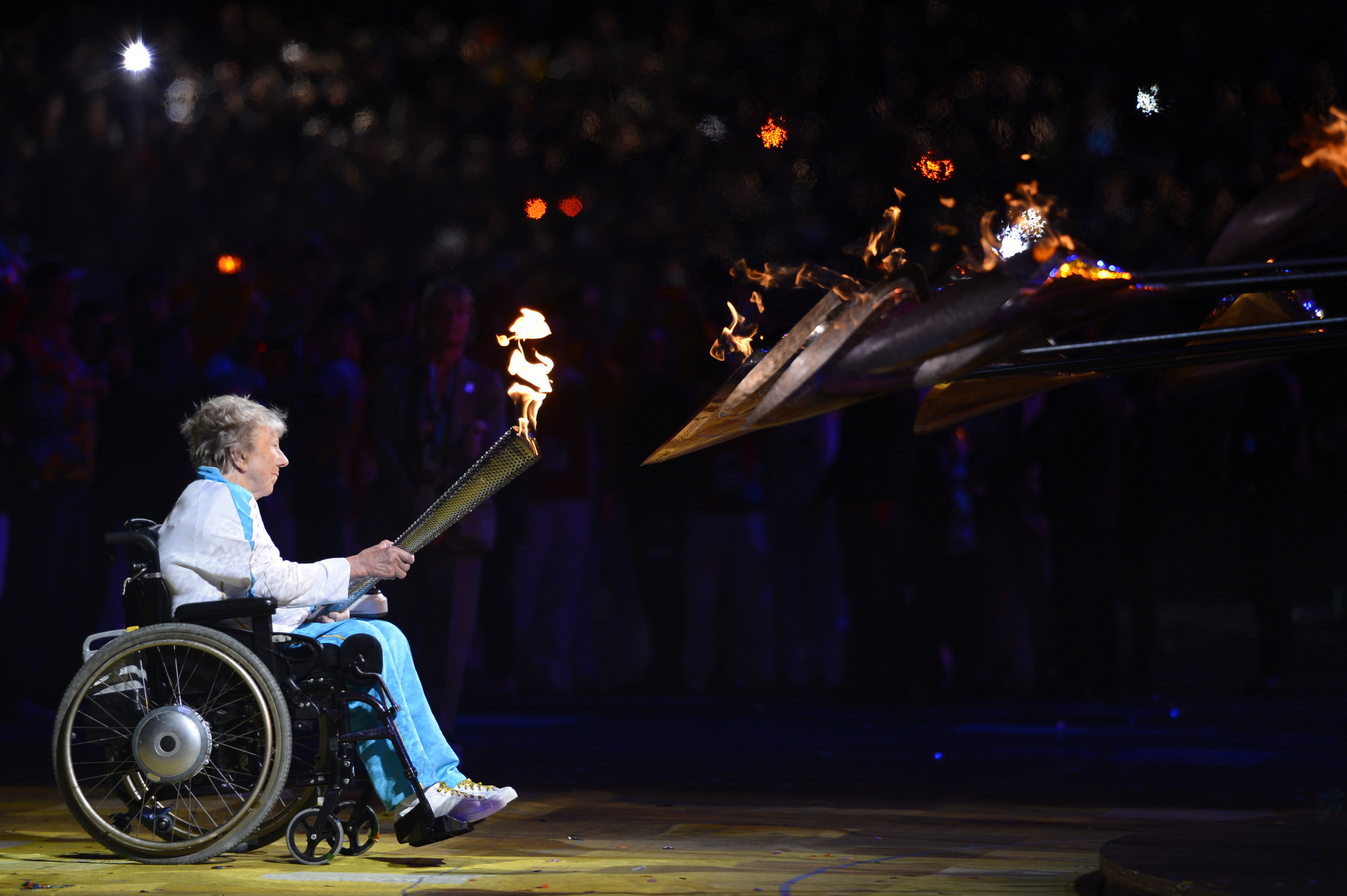 Tributes have been paid to Margaret Maughan, Britain’s first Paralympic champion and the lighter of the London 2012 Paralympic cauldron, following her death at the age of 91.

Maughan was paralysed from the waist down in a road accident in Malawi in 1959 and was treated at the National Spinal Injuries Centre at Stoke Mandeville Hospital on her return to Britain.

Her treatment was overseen by Dr. Ludwig Guttmann who pioneered the use of sport in therapy and is acknowledged as the founder of the Paralympic Games.

Maughan took up archery during her rehabilitation and competed at the first Paralympic Games in Rome in 1960, the successor to the Stoke Mandeville Games.

She won the women’s Columbia round open event at the Games, becoming Britain’s first Paralympic champion.

A mix up in the scoring meant she was only told she had won when on the team bus, which was due to leave the venue.

Maughan also won gold in swimming, when she was the sole competitor in the women’s 50 metres backstroke complete class 5 event at Rome 1960.

She competed at five Paralympic Games across four sports, representing Britain in dartchery and bowls as well as archery and swimming.

Maughan won three gold and two silver medals at the Games, with her final appearance coming at Seoul 1980.

"She was a beneficiary of the outstanding rehabilitation methods of the Movement’s founding father Sir Ludwig Guttmann and someone who witnessed first-hand the growth of the Paralympic Movement.

"We will be eternally thankful for her pioneering role in connecting persons with a disability with Para sports."

Maughan’s standing in the Paralympic Movement was recognised when she was invited to light the cauldron at the London 2012 Paralympic Games.

"I felt very, very proud to be a part of such a huge movement," Maughan said at the time.

"From a small beginning in the simple days to seeing what it had become with such large teams has been a marvellous feeling."

British Paralympic Association chair Nick Webborn was among those to pay tribute to Maughan, describing her as one of Britain’s "legends in Paralympic sport."

"Margaret was the first ever gold medallist for Great Britain in archery during the first Games in Rome in 1960," said Webborn.

"She competed until 1980 and later lit the Paralympic flame at the London 2012 Games.

"Although her passing is extremely sad the fact that she lived until the age of 91 is testament to the work of Sir Ludwig Guttman who transformed the care of people with spinal cord injury, and that through sport people with disabilities can enjoy rich and fulfilling lives.

"Margaret, we thank you and salute you for all that you did, and although we will miss you tremendously, we will never forget you."