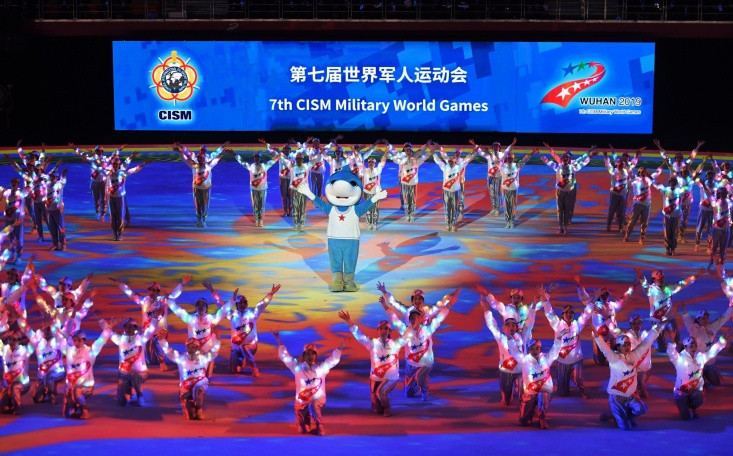 More athletes have revealed that they fell ill during the Military World Games in October when the Chinese city of Wuhan hosted the event months before the COVID-19 outbreak.

Taking place in October, the allegations came two months before the first identification of COVID-19 by China.

Close to 10,000 competitors competed at the Games from over 100 countries during the nine-day event.

Speaking to the Mail on Sunday, German volleyball player Jacqueline Brock alleged that she got COVID-19 despite no cases being reported until December.

She said: "After a few days, some athletes from my team got ill, I got sick in the last two days.

It comes after French pentathlete Elodie Clouvel claimed she and her partner Valentin Belaud contracted the virus at the Games.

Italian fencer Matteo Tagliarol also said everyone in his apartment in the city fell ill with symptoms "that looked like those of COVID-19".

Luxembourg triathlete Oliver Gorges said he fell ill with a flu and is now to undergo an antibody test this week to see if he has COVID-19.

He claimed that Wuhan was a "ghost town" when he went for a cycle in the city, while also saying that he had his temperature recorded on arrival at the airport while athletes were told to wash their hands when entering the canteen.

However, Swedish pentathlete Melina Westerberg said that many of her compatriots were sick at the Games, but none tested positive for the virus claiming: "It was just a coincidence, we all felt safe."

insidethegames has contacted event organisers the International Military Sports Council for a response.