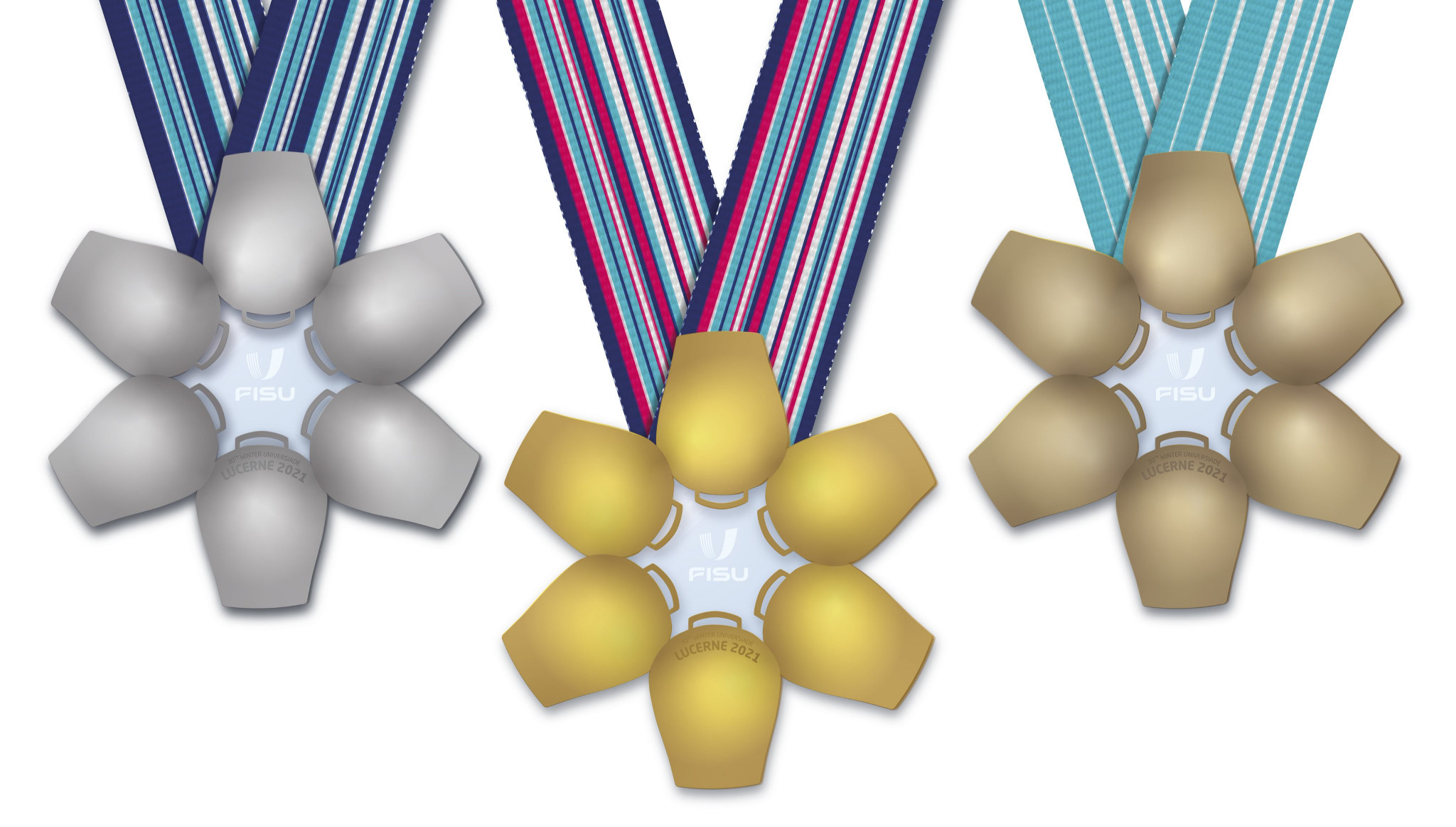 The medals for the 2021 Winter World University Games in Swiss city Lucerne have been unveiled.

A five-member jury chose graphic design student Nicole Schellhammer's submission which is based on the Lucerne 2021 logo.

Six cowbells, representing the cantons of central Switzerland which border Lake Lucerne, have been arranged in the shape of a snowflake.

Students at the Lucerne University of Applied Sciences and Arts were heavily involved in the design process.

Céline Eberle, who studies textile design, created the ribbons for the medals in collaboration with Schellhammer.

Thirteen young designers from the University had submitted a proposal for the medal design in all.

"This medal aims to ensure the athletes remember the Winter Universiade 2021 for a long time," said Schellhammer.

"It was important to me that the medal represented all the Winter Universiade's venues in
central Switzerland.

"I also wanted the design to be suitable for every sport."

Sixty-seven sets of gold, silver and bronze medals will be awarded in all at next year's event.

"At the Closing Ceremony of the Winter Universiade 2019, our Organising Committee went on stage as a group of traditional cowbell carriers.

"Our mascot, Wuli, wears a bell around his neck.

"We also plan that the athletes' parade at the Opening Ceremony will be opened by a group of traditional
cowbell carriers.

Lucerne 2021 is scheduled to take place between January 21 and 31 next year.

More than 2,500 athletes are expected to compete, across 10 sports.