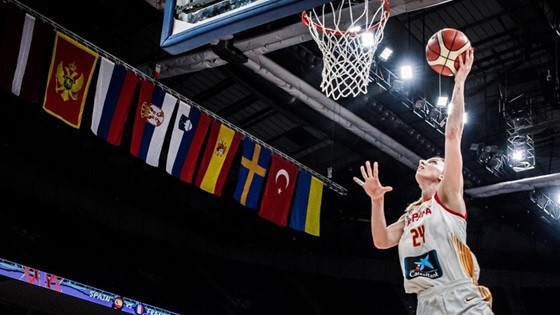 Valencia has replaced Paris as the host city for the final phase of the 2021 Women's EuroBasket.

The Pavelló Municipal Font de San Lluís is now scheduled to stage the finals of the tournament, to be co-hosted by France and Spain, after the International Basketball Federation (FIBA) Europe Board approved the venue switch.

The AccorHotels Arena in the French capital had been set to host the quarter-finals, semi-finals and final of the competition.

FIBA Europe did not give an exact reason for the change, giving the green light at its latest Board meeting.

Two pools of the group phase are still planned for France, in a city which FIBA Europe said would be determined at a later stage.

Palais des Sports de Gerland in Lyon was announced as the main French host when the two countries were awarded the tournament last year.

Valencia is set to play host to two group stage pools in addition to the final phase at the 16-team event, scheduled to run from June 17 to 27.

The 2021 Women's EuroBasket is scheduled to conclude less than a month before the start of the Tokyo 2020 Olympic Games, postponed because of the coronavirus pandemic.

FIBA Europe has also extended the bidding process for the 2023 Women's EuroBasket by three months in response to the COVID-19 crisis, with a decision now expected in March 2021.

The process to select the 2025 EuroBasket host has been extended by a year, while the successful candidature will be announced in March 2022.