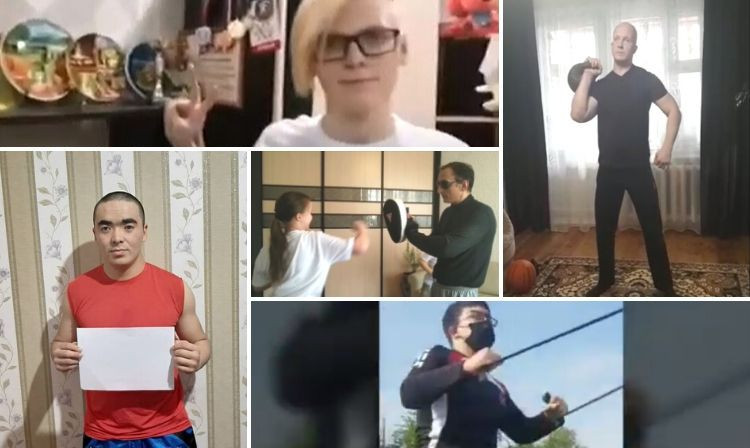 A series of videos have been released featuring blind and visually impaired sambists training at home during the coronavirus pandemic.

As well as continuing their training, blind and visually impaired sambists have also participated in a FIAS flash mob held under the motto "only together we will defeat the coronavirus" as well as the "White Card" campaign held on the International Day of Sport and Peace, which took place on April 6.

Some of the athletes featured in the training videos have also spoken about the importance of maintaining physical fitness during the lockdown.

Members of the FIAS Sambo Demonstration Group for the Blind and Visually Impaired are among those featured in the videos.

"I regularly train at home during the quarantine period," said Linik.

Other athletes featured in the videos showcasing their home workouts include Aleksandr Kozlov of Belarus, who is a Paralympic Games participant, Mishiko Shiobrishvili, a totally blind fighter from Georgia and Suidumkan Kabulova of Kyrgyzstan, a visually impaired wrestler in both sambo and judo.

FIAS yesterday announced that all its competitions were suspended indefinitely because of the pandemic, which has infected more than 3.3 million and led to more than 235,000 deaths around the world.