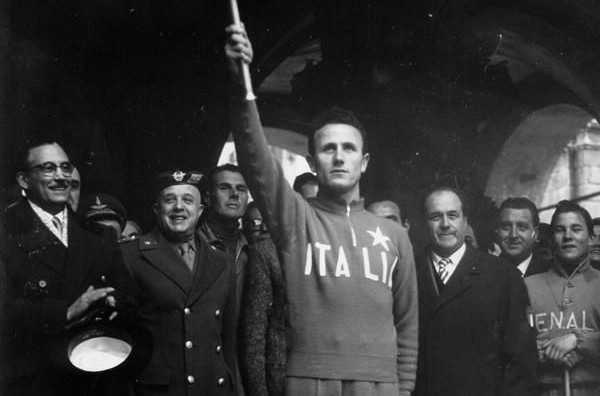 Italian long-distance runner Francesco Perrone, known for competing in the marathon at the Rome 1960 Olympics, has died at the age of 89 due to COVID-19.

A former police inspector, Perrone tested positive at a care home in Bari in the south-east of Italy, and passed away on April 27.

His biggest claim to fame is representing his country at his home Games nearly 60 years ago, where he finished 37th in the marathon in a time of 2 hours 31min 32sec.

Perrone was also the first Italian athlete home, finishing 22 seconds in front of his team-mate Silvio De Florentis who finished one place behind.

World Athletics is saddened to hear that Italian distance runner Francesco Perrone died of Covid-19 on Monday (27) at the age of 89.

Perrone was also a 10-time national champion on the track and in cross country.

Born in Cellino San Marco in December 1930, he juggled his time between working with the police and athletics.

Prior to the Rome Games, Perrone won the Italian marathon title in 1958 and after the Olympics won the national cross-country title again in 1961.

Italy is one of the worst hit countries by coronavirus, with more than 203,000 confirmed cases to date and the deaths of more than 27,600 people.

Tributes to Perrone came in on social media, including from World Athletics.

Italy's two-time 800m finalist Donato Sabia is among other Olympians who have died from coronavirus.