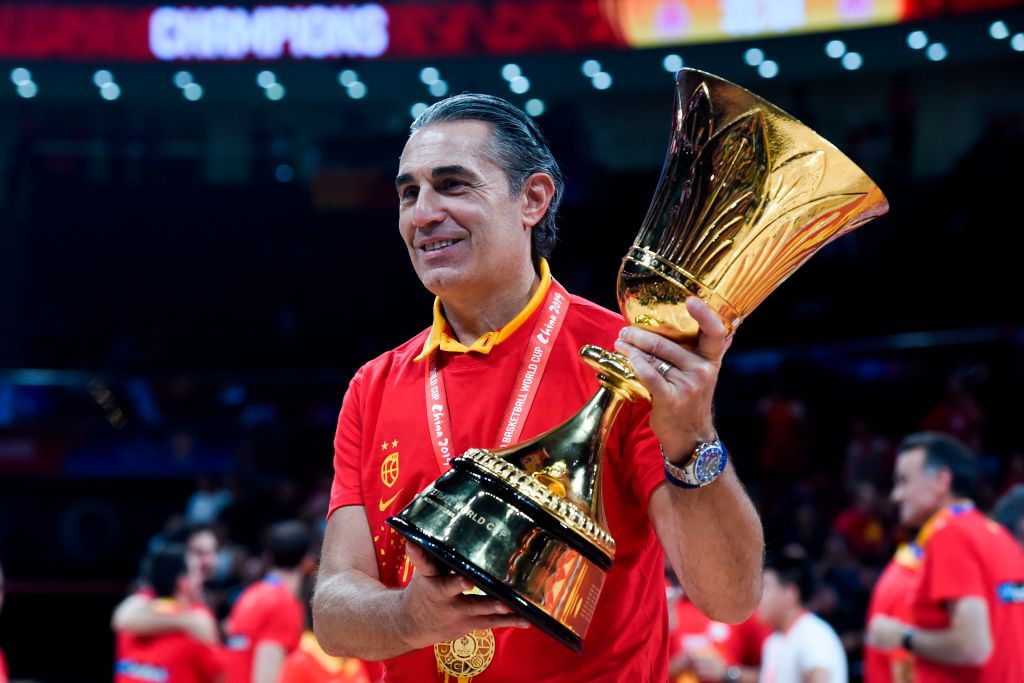 Sergio Scariolo has confirmed he is in talks to extend his contract as head coach of the Spanish men's basketball team through to the 2024 Olympic Games in Paris.

Scariolo, who led Spain to the World Cup title last year, told Eurosport he was discussing the issue with the Spanish Basketball Federation.

The 59-year-old Italian, who has also won two Olympic medals, guiding Spain to silver at London 2012 and bronze in Rio four years later, said both sides were hoping to reach an agreement.

"Indeed, we are in talks for a contract extension until the 2024 Summer Olympic Games," said Scariolo.

"Both sides are willing to continue our collaboration.

"I am very happy about that, but we still need to finalise the deal."

Scariolo would have been hoping to carry Spain's form from last year's World Cup into the Olympic Games in Tokyo, but the event has been postponed until 2021 because of the coronavirus pandemic.

Among his other achievements in the sport are leading Spain to the EuroBasket title in 2009, 2011 and 2015.