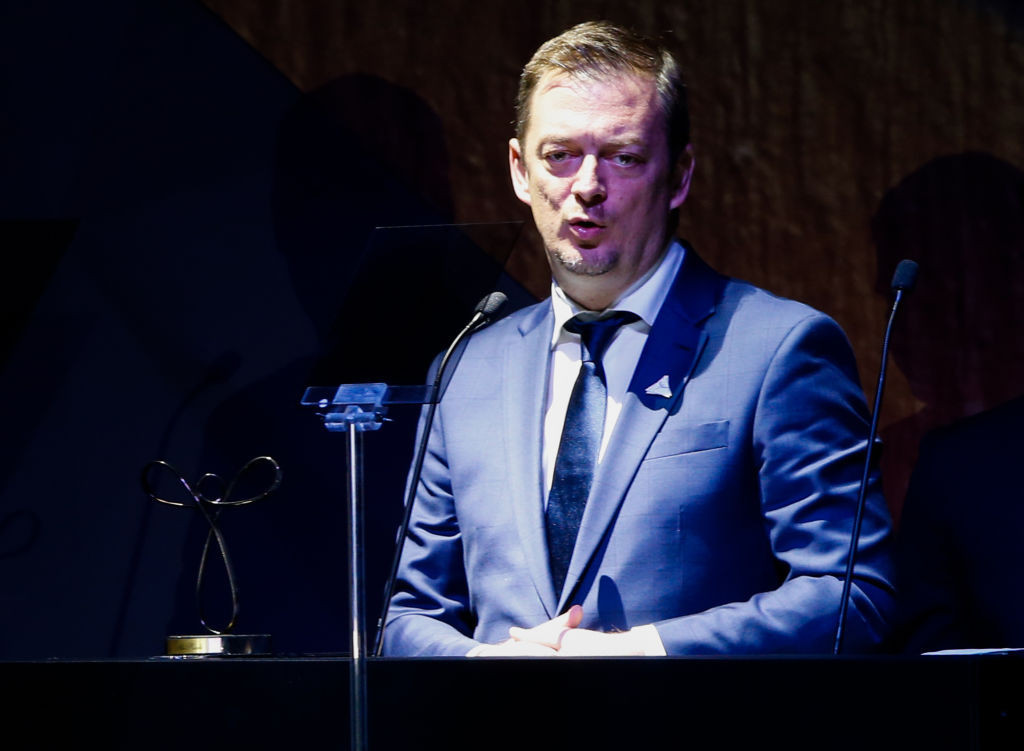 The performance by Henrique and Lopes has sparked widespread criticism and led to the Brazilian Paralympic Committee (CPB) calling on the state prosecutor's office to investigate.

During the routine, the comedians made jokes about autism, the Paralympics, Down's Syndrome and cancer.

"We cannot tolerate that, under the excuse that anything goes in comedy, reinforcing prejudices and stigmas should be disguised as a joke," Parsons said in a post on Instagram.

"More than one billion people with disabilities around the world struggle with this every day.

"Discrimination is not funny, it never was and never will be.

"I am disgusted by the attitude of these pseudo-comedians.

"As President of the IPC, I can only regret that the third largest sporting event in the world is used in jokes to reinforce what is most outdated in society.

"Certainly the 2.3 million Brazilian spectators who enjoyed the Rio 2016 Paralympics and the more than four billion viewers around the world have a different opinion.

"I am outraged that conditions such as autism and down syndrome and a terrible disease like cancer are mocked by these pseudo-comedians.

"In 2020, there can be no tolerance for this kind of behaviour.

"As disgusting, is the attitude of those who laugh at this type of joke, whether in the audience of a performance or on social media."

Parsons revealed he would invite the comedians to the Tokyo 2020 Paralympic Games, postponed until 2021 because of the coronavirus pandemic, "so that they can experience the Paralympic Games and witness the strength, determination and high performance of Paralympic athletes from around the world, and the inspiration they radiate".

"They will certainly change their twisted view on people with disabilities and become better persons and professionals," the Brazilian added.

CPB President Mizael Conrado also hit out at Henrique and Lopes, claiming the conduct from the pair warranted a criminal investigation.

"The content presented by the duo and shared on social networks not only makes us angry, but saddens us since a discriminatory behaviour, absolutely inconceivable, still has applause and laughter from the audience that had the privilege of watching that true horror show promoted by this infamous double," he said.

Henrique and Lopes have defended their actions in a post on social media.

"Let our position be clear: we were using a private space, talking to people who paid to listen to us and produce humorous content for those who decided to watch us, not on open TV or using public money," they said.

"We reaffirm that we recognise, however, the anyone's right not to like the content - this and any other - but we will not tolerate attacks, threats and attempts to boycott our work which borders on censorship.

"We will continue to do our comedy for those who consume and enjoy our work.

"Our intention is always to cause laughter (as in the video), never pain and suffering.

"We repudiate any attempt against anybody, but we will continue to make our art and entertain our faithful audience."