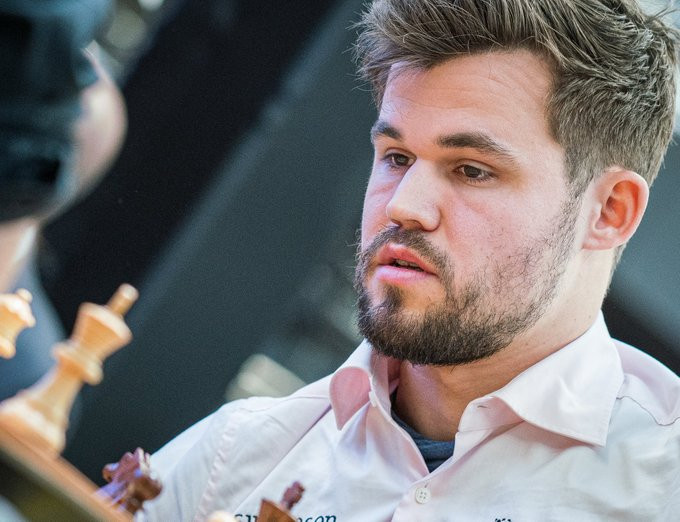 World chess champion Magnus Carlsen is launching a new online tournament later this month, to help fill the void in the absence of over-the-board chess, which has been suspended because of the ongoing coronavirus pandemic.

The tournament entitled the Magnus Carlsen Invitational sees the world chess champion face seven of his biggest rivals over the course of a two week tournament, starting on April 18.

Chess's FIDE Candidates Tournament was one of the last sporting events standing after the coronavirus pandemic led to widespread cancellations and postponements, although that was stopped on March 26 when Russia announced it would halt air travel with other countries.

The tournament, when it resumes, will decide who faces Carlsen at the World Chess Championship, which is scheduled to take place later this year.

Although over-the-board chess may not be able to take place for several months, Carlsen said the sport lent itself to online play.

"Chess is unique in the sports world as the moves are the same whether played on a wooden board or a computer screen," Carlsen said.

"This is a historic moment for chess, and given that it’s possible to continue top professional play in an online environment, we have not only the opportunity but the responsibility to players and fans around the world who need a distraction when no other live, competitive sport is being played."

Each match will feature four 15+10 rapid games, with the winner getting three match points and the loser none.

If the match ends two all an Armageddon game [or tiebreaker] is played, with the winner getting two points and the loser one.

The top four players after round seven enter the Final Four knockout and if match points are equal, game points are the first tiebreaker.

The semi-finals, third place match and final use the same four game match system and will decide the overall winner, who will be crowned on May 3.

Every move will be broadcast live on Chess24 with computer analysis and commentary available in nine languages.

For the first six rounds two matches will be played simultaneously, with each round played over two days, while for round seven all four matches will take place together.