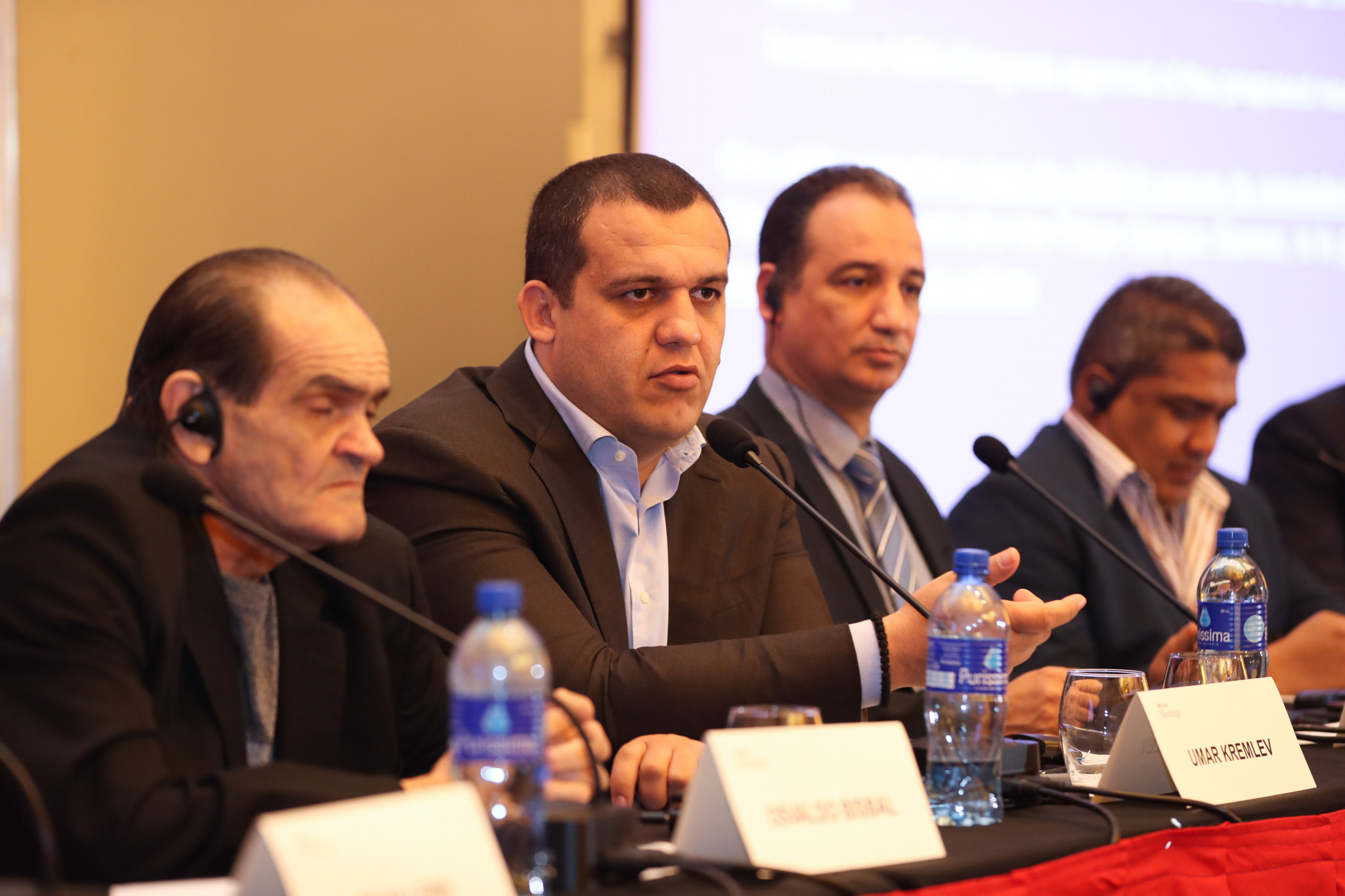 One of the Armenian coaches then reportedly was confirmed to have tested positive for coronavirus.

"We have received information on the positive result of the test several days ago," Kremlev said, according to the Russian state news agency TASS.

"All this time we have been keeping this situation under control.

"According to our information, he has a mild case of the illness, he has been self-isolated at home since the very first day of his return from London.

"Doctors visit him every day and slightly changed his course of treatment.

"The Russian Boxing Federation will provide all the necessary assistance because this is our coach."

Kremlev last week admitted some Russian boxers had not followed self-isolation rules in Russia, following their return from the Olympic qualifier.

All Russians entering the country from abroad must self-isolate for two weeks, however boxers Gabil Mamedov and Rasul Saliev had uploaded post to social media showing themselves to be in public places.

The International Olympic Committee (IOC) Boxing Taskforce has faced criticism for allowing the qualifier in London to take place.

The event began on March 14 but was halted two days later as strict travel restrictions started to be introduced by countries to slow the spread of coronavirus.

A total of eight people have been claimed to have to have tested positive for coronavirus, having attended the event in London.

Two Turkish boxers and a Croatian athlete, as well as two Croatian officials and Turkish team coach Seyfullah Dumlupinar, allegedly contracted the virus after returning home from the tournament, organised by the IOC Boxing Task Force.

The Turkish Boxing Federation announced Dumlupinar has recovered from coronavirus and will be discharged from hospital.

In a letter sent to all European Boxing Confederation (EUBC) members last week, IOC sports director Kit McConnell said the Taskforce had "since learned that one of the three boxers had a false positive which means he was not infected".

The International Boxing Association (AIBA), suspended as the Olympic governing body for the sport and stripped of any involvement in the boxing tournament or qualifiers for Tokyo 2020 by the IOC, said it would investigate if more cases had come from the event.

Eyüp Gözgeç, an EUBC vice-president and AIBA Executive Committee member, had accused the IOC of putting athletes and their families in jeopardy and claimed the Taskforce had been irresponsible by going ahead with the European qualifier.

In response, the Taskforce said it was "not aware of any link between the competition and the infection".

McConnell also reiterated the decision to reschedule the European qualifier and resume from where the event was suspended in his letter to EUBC members.