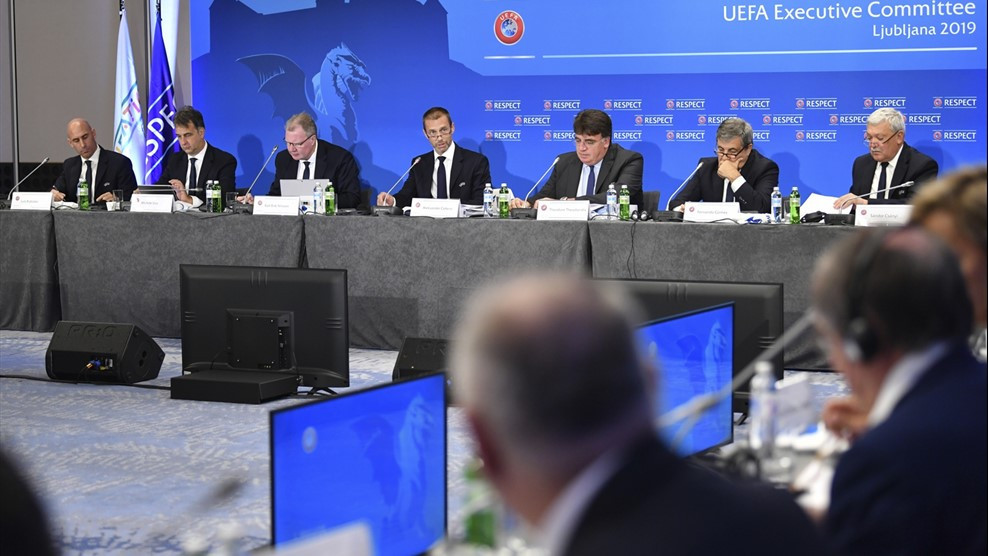 UEFA has postponed all national team football matches in June until further notice because of the ongoing coronavirus pandemic.

Following a meeting held today by video conference, UEFA announced the postponement until further notice of national team matches for men and women due to be played in June.

Matches affected include Euro 2020 playoffs and qualifying matches for the 2021 women's European Championships.

Two other UEFA competitions due to be held this summer have been postponed, as they act as qualifying competitions for other tournaments.

All national team matches for men and women due to be played in June 2020 are postponed until further notice.

Both competitions act as qualifiers for World Cup tournaments at the respective age groups.

The other UEFA competition that was postponed today was the UEFA Futsal Champions League finals, which were due to take place later this month.

Following today's meeting, UEFA announced that the deadlines related to all 2020/21 UEFA club competitions are postponed until further notice, including the admissions process and the registration of players.

New deadlines will be set in due course.

It also agreed to suspend the club licensing provisions in relation to the preparation and assessment of clubs’ future financial information - a decision that applies exclusively for clubs participating in UEFA club competitions in the 2020/21 season.