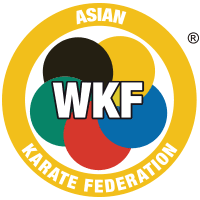 This year's Asian Championships has become the latest major karate event to be postponed because of the COVID-19 pandemic.

In a statement, the Asian Karate Federation (AKF) confirmed the event in Bali in Indonesia, which had been scheduled for September 4 to 6, will be delayed to a date not yet determined.

The AKF Cadet, Junior and Under-21 Championships in Kuwait City, set for July 10 to 12, has also been postponed.

Both events will not be held as scheduled due to spiralling international concern over the spread of coronavirus.

The AKF has cast doubt on whether the events will be rearranged, warning that the current development of the pandemic "does not enable us to see the light at the end of the tunnel".

The European Championships, which had been due to take place in Azerbaijan’s capital Baku from March 25 to 29, was cancelled earlier this month.

The Oceanian Karate Championships in Paita in New Caledonia has been postponed from the original dates of June 12 to 14, while the World Karate Federation (WKF) has cancelled two of its Karate 1-Premier League competitions in response to the virus.

The WKF had also been forced to postpone its final Olympic qualifier in Paris after Tokyo 2020 was rescheduled until next year.

According to latest figures, the COVID-19 virus has killed more than 41,000 people and infected in excess of 810,000 worldwide.