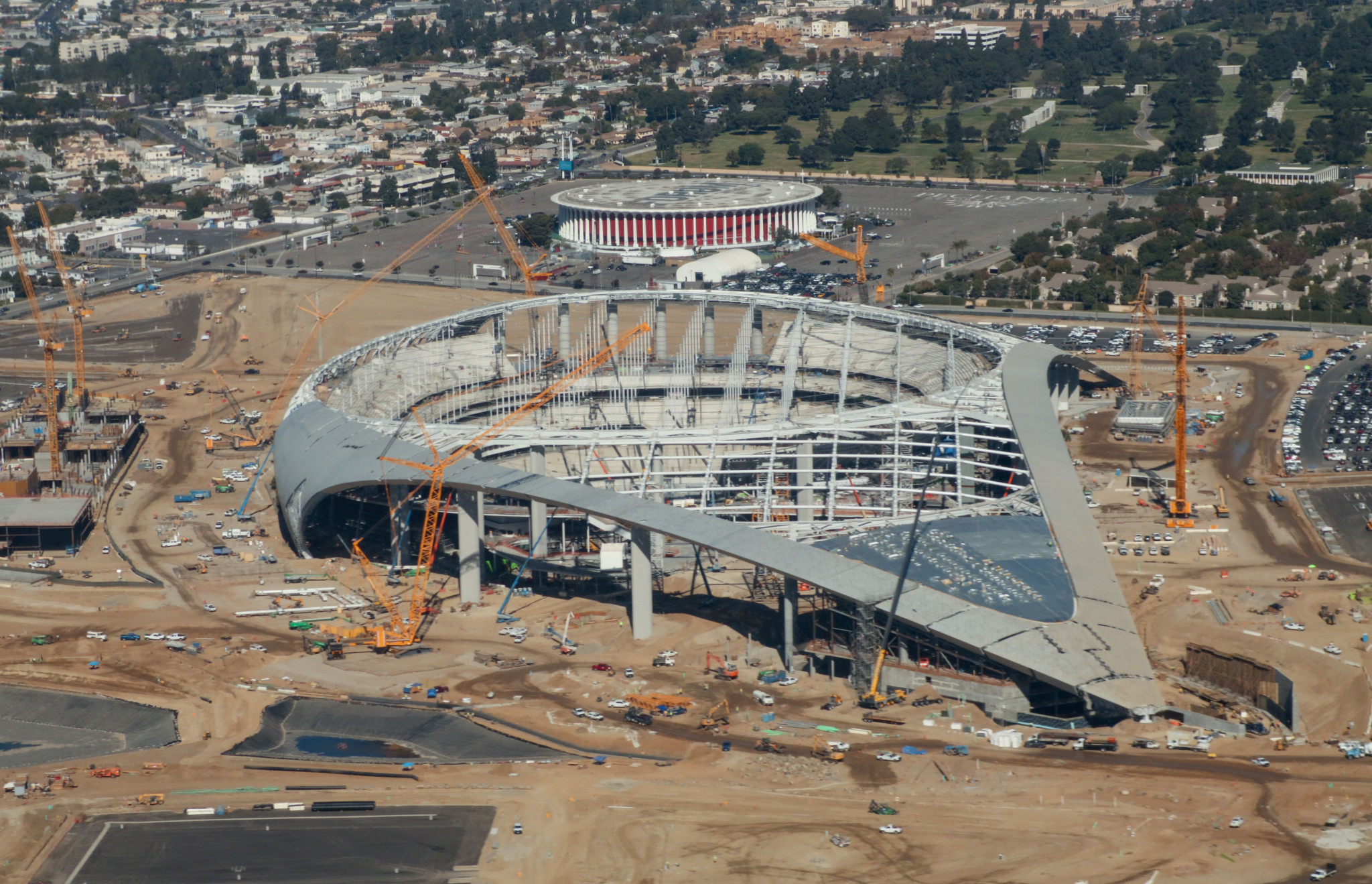 Construction of SoFi Stadium, which will be one of the venues used for the Opening and Closing Ceremonies of the Los Angeles 2028 Olympics, is continuing despite at least one worker testing positive for coronavirus.

California Governor Gavin Newsom has issued a stay-at-home order in light of the coronavirus pandemic, but classed construction as an essential industry, allowing for projects such as the building of SoFi Stadium to continue.

The venue is due to open on July 25, with Taylor Swift booked to perform a concert.

After one worked tested positive for coronavirus and another is thought to also have the virus, the Los Angeles Times reports workers were sent an email to stay at home if they felt unwell or displayed symptoms.

Otherwise they should continue reporting for work.

Those working on SoFi Stadium - estimated to be as many as 3,000 people - have been told to practice social distancing, but that may not always be practical or possible on a construction site.

As of yesterday, 44 people have died from COVID-19 in Los Angeles County and there are 2,474 confirmed cases.

No country has more confirmed cases than the United States, which has in excess of 165,000.

The pandemic has brought sport to a halt, with the Tokyo 2020 Olympic and Paralympic Games the most high-profile of countless postponed events.

Two National Football League (NFL) teams - the Los Angeles Rams and Los Angeles Chargers - will play their home games at SoFi Stadium, which is being built on the site of the old Hollywood Park racetrack.

The Rams and Chargers are supposed to move in for the start of the new NFL season, which is scheduled to begin on September 10, but this - like the Swift concert due to open the $5 billion (£3.8 billion/€4.5 billion) project - may soon come under threat.

Super Bowl LVI is due to be played at the venue next February.

In addition to elements of the Opening and Closing Ceremonies taking place at SoFi Stadium, football and archery is due to be held at the complex during Los Angeles 2028.