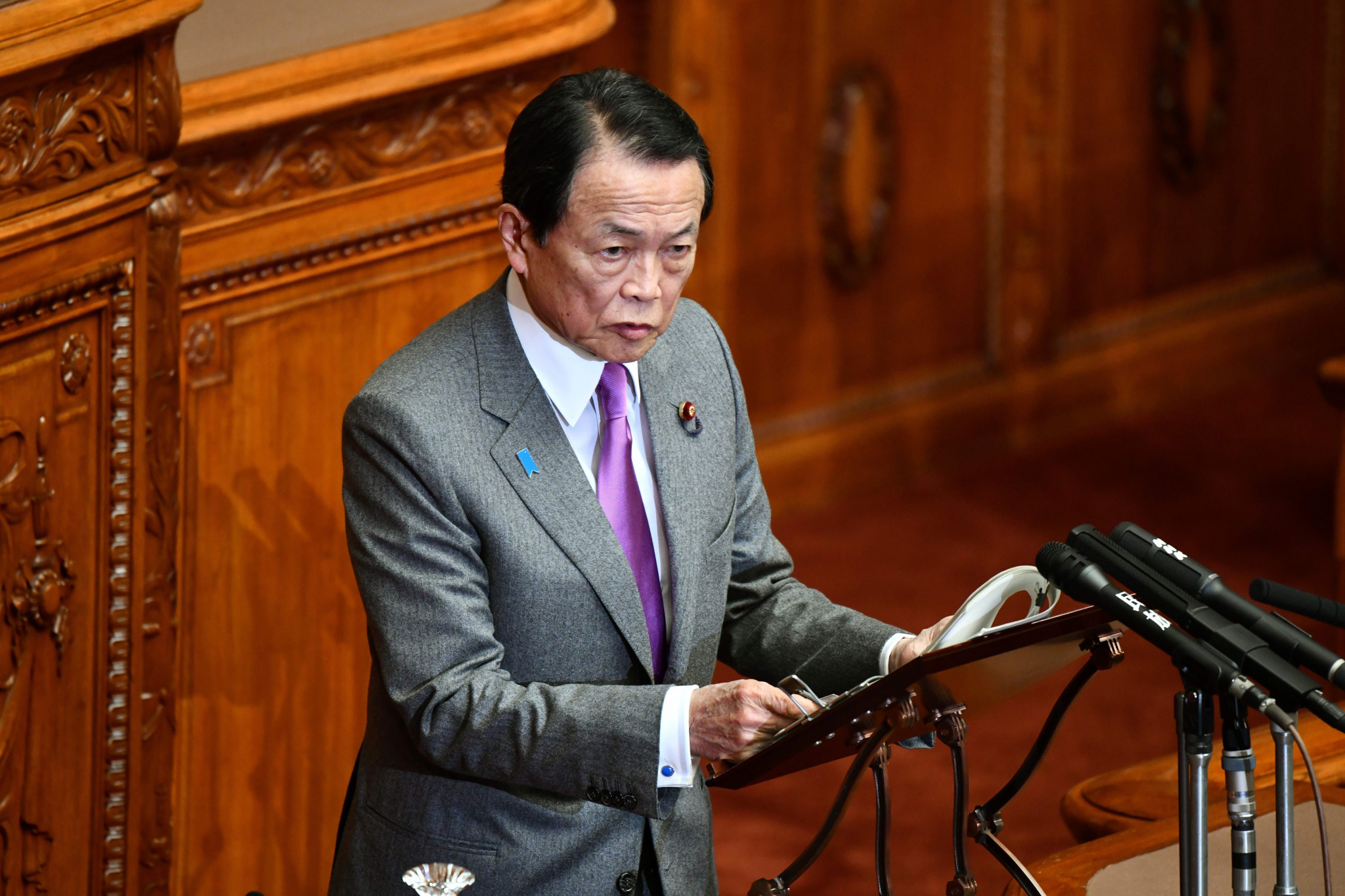 Japan's Deputy Prime Minister Tarō Asō has claimed this year’s Olympics in Tokyo are "cursed" amid speculation and suggestions the Games will be postponed or cancelled due to the coronavirus pandemic.

Asō told a Parliamentary Committee that the Olympics appeared to be blighted by world events every 40 years.

Japan had been due to host the Summer and Winter Olympics in 1940, in Tokyo and Sapporo, respectively, but World War Two led to the cancellation of both Games.

In 1980, 66 countries, including the United States, China and Japan, boycotted the Olympics in Moscow entirely because of the Soviet–Afghan War.

"It's a problem that's happened every 40 years – it's the cursed Olympics, and that's a fact," Asō was reported as saying by The Guardian.

Asō, who is also Japan's Minister of Finance, said staging the Olympics this year would "not make sense" if other nations were unable to send their athletes.

It comes after Prime Minister Shinzō Abe stated earlier this week that members of the G7 agreed to back a "complete" Tokyo 2020 Olympics and Paralympics during a video conference to discuss the coronavirus pandemic.

"As the Prime Minister said, it's desirable to hold the Olympics in an environment where everyone feels safe and happy," Asō said.

"But that's not something Japan alone can decide."

The meeting was held on March 10 to discuss the 2019 Rugby World Cup in Japan.

An official from Mori's office told Reuters that the 82-year-old, who has lung cancer, has not shown symptoms and does not meet the requirements for a test.

The International Olympic Committee (IOC) says it is seeking to find a solution with "the least negative impact for the athletes" after the organisation received criticism for its insistence that Tokyo 2020 will go ahead as planned amid the coronavirus pandemic.

The IOC said on Tuesday  (March 17) there was no need for "any drastic decisions at this stage" in relation to the Games, which are due to open on July 24.

This is despite 207,000 coronavirus cases being reported worldwide and some 8,600 deaths, leading to countries taking extreme action to halt the spread.

IOC Athletes' Commission member Hayley Wickenheiser claimed the IOC's insistence the Olympics will go ahead as planned was "irresponsible".

In a series of posts, Wickenheiser – who won four Olympic gold medals as part of the Canadian ice hockey team – called not entertaining the idea of a postponement or cancellation "insensitive and irresponsible".

Wickenheiser said "this crisis is bigger than even the Olympics" and that it was "terrible" some athletes did not know where they could train but were still expected to prepare for the Games.