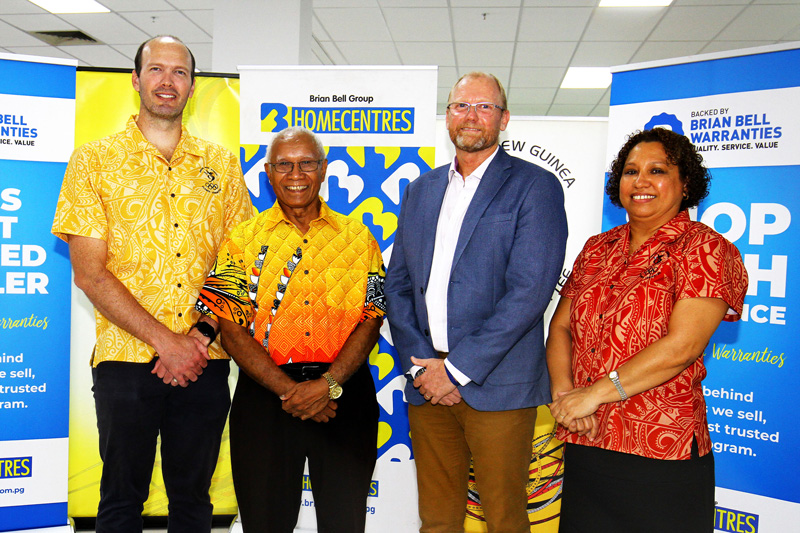 The Papua New Guinea Olympic Committee (PNGOC) has partnered with the Brian Bell Group to support athletes aiming to compete at Tokyo 2020.

The Brian Bell Group is Papua New Guinea’s major retailer, wholesaler and distributor for a range of products.

The group was established by Sir Brian Bell in 1958.

“We’d like to see a strong Papua New Guinea contingent heading to the Tokyo Olympics this year.

“With this in mind, Brian Bell would like to show our support via a new sponsorship arrangement with PNGOC," Cameron MacKellar, Brian Bell Group chief executive, said.

Under the terms of the partnership, dedicated weekends will take place where proceeds of sales at Brian Bell's Homecentre stores will go towards preparing athletes for the Olympics.

The athletes will also make appearances at stores, providing the chance for Brian Bell customers to interact with them and wish them luck.

“With this new partnership we have with Brian Bell Group, we are confident of reaching more people with the Team PNG brand and inspiring more Papua New Guineans to pursue their dreams just as our athletes pursue their Olympic dream."