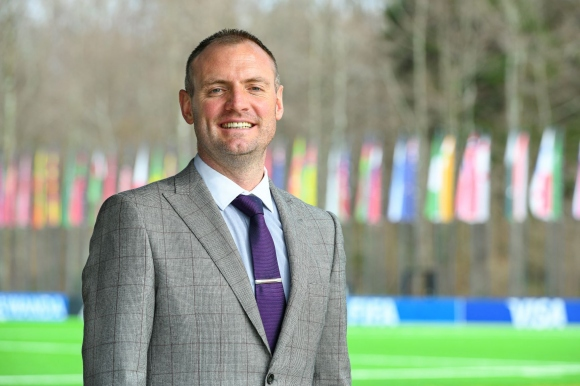 Northern Ireland's Andrew Massey has started work after being appointed as the new director of FIFA’s medical department.

After performing as a professional footballer in the Irish League, Massey initiated a successful career in sports medicine, particularly as national team doctor with the Irish Football Association and most recently as team doctor of Liverpool.

As director of the medical department, he will be responsible for improving the health of all who play football, from grassroots to elite level around the world as well as overseeing medical services at FIFA tournaments.

The role will especially focus on preventing injuries on the field of play and promoting football as a healthy leisure activity.

"From a medical perspective, this position gives an opportunity to affect change," Massey said in an interview with FIFA.

"The work of a physician at club level focuses on 25 players and offers little chance to effect the broader public.

"FIFA has a much bigger reach towards the public and, through the establishment of policies, it can have an impact on the health of players and individuals through football."

Thank you @LFC ... too many people to thank for helping make Liverpol my home.. just so grateful. If working at @FIFAcom is half as rewarding I will be a lucky man 🙏 pic.twitter.com/pQebwfwCeu

Massey added: "I have been a footballer and then team doctor at national team level and at one of the top clubs, but I also have background as a sports physician at academy level and in women’s football.

"So I have a very broad experience in terms of clinical health management of players at all levels of football.

"This knowledge of the field reality is key.

"As a scientist, I strongly believe in the value of scientific-based research to form the base for the development of policies and practices.

"This is the approach I want to follow at FIFA, knowing that FIFA is a global brand with a global reach."