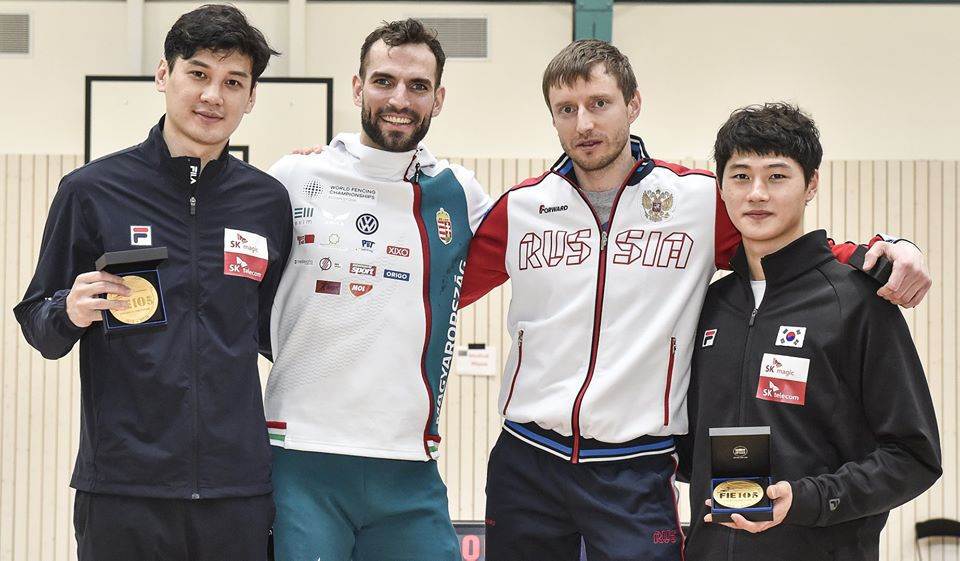 Szilágyi, the London 2012 and Rio 2016 gold medallist, beat South Korea's Gu Bon-gil 15-12 in the final of the men's event at the Centre National d’Escrime in Luxembourg.

He had earlier defeated Russia's Veniamin Reshetnikov 15-9 in the semi-finals.

Reshetnikov and Oh were the bronze medallists.

The win followed a 15-8 victory over Japan's Misaki Emura in the semi-finals.

Pusztai defeated home fencer Theodora Gkountoura 15-9 in the other penultimate round clash.

Top seed Sofya Velikaya of Russia was eliminated at the last 32 stage after suffering a loss at the hands of Emura, who was joined on the third step of the podium by Gkountoura.

Both FIE Sabre World Cups are due to conclude tomorrow with the team events.

Second seed Lin Sheng of China, meanwhile, will go up against Romania's Greta Veres for a place in the last 32.

Both the men's and women's events at the FIE Épée Grand Prix are scheduled to reach their climax tomorrow.