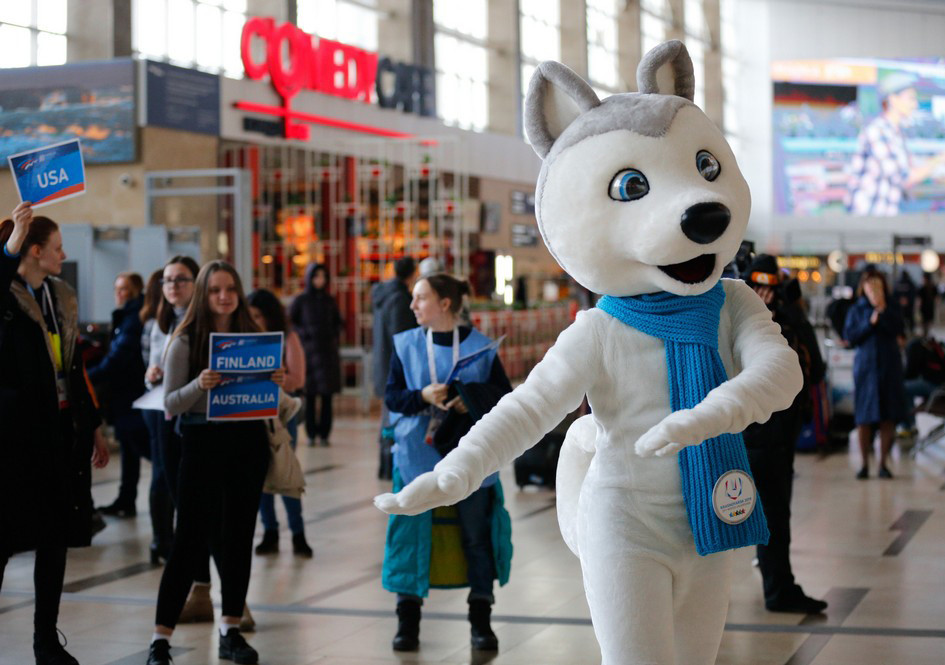 The first anniversary of the Krasnoyarsk 2019 Winter World University Games was celebrated as skiers arrived in the Russian city for an International Ski Federation (FIS) Freestyle World Cup event.

The Krasnoyarsk 2019 Opening Ceremony took place at the Platinum Arena on March 2 last year, with the world's best mogul skiers arriving a year later on a chartered flight, decorated with the Winter University Games mascot U-Laika.

More than 140 athletes and support staff arrived, with competition set to take place at the Sopka Cluster on Saturday and Sunday (March 7 and 8).

The venue hosted freestyle skiing and snowboarding action during Krasnoyarsk 2019.

Returning to the city was Ikuma Horishima of Japan, who claimed dual moguls gold at last year's competition.

"After winning the Winter Universiade, everyone was happy for me - my parents and friends," he said.

"Now I come back to Krasnoyarsk for first place."

Krasnoyarsk has held a number of sporting events since the 11-day Winter University Games and is set to be a host city for the Volleyball Men's World Championships in 2022.

"Exactly a year ago, one of the most significant events in Krasnoyarsk’s history - the 29th Winter Universiade 2019 - kicked off," said Maxim Urazov, former Krasnoyarsk 2019 director-general and Russian Students Sport Union President.

"During the preparation for the World University Games, our city changed.

"We now have modern sports facilities, thanks to which Krasnoyarsk is capable of hosting major events.

"The venues of the Winter Universiade 2019 have already hosted the Russian Figure Skating Championship, the World Junior Curling Championships, and other competitions.

"And in a few days, the stages of the FIS Freestyle World Cup will begin.

"I am glad that Krasnoyarsk continues to develop and has become a centre of spectacular sports events."