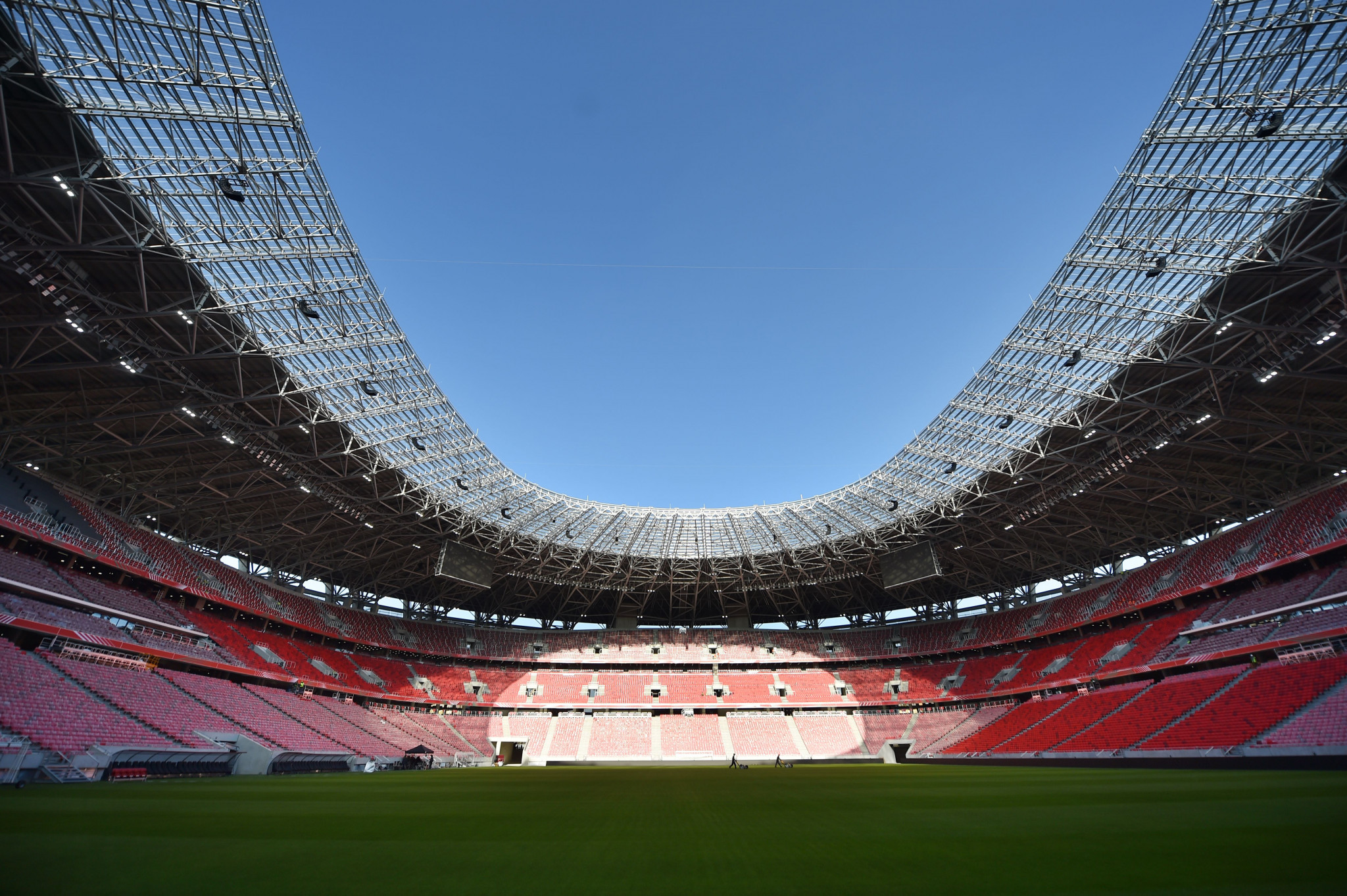 Budapest has been chosen to host the 2022 UEFA Europa League final by the European body's Executive Committee.

UEFA's ruling body awarded the final of its second-tier club event to the newly-built 68,000-seater Puskás Aréna at its meeting in Amsterdam today.

Puskás Aréna is also due to stage matches at this year's pan-continental UEFA European Championship.

The UEFA Executive Committee selected the Kazan Azrena to host the 2023 Super Cup, contested annually by the winners of the Europa League and Champions League.

The venue hosted the quarter-final between Brazil and Belgium during the 2018 World Cup in Russia.

Kazan being awarded the final comes despite the World Anti-Doping Agency (WADA) banning Russia from hosting major events as part of a four-year period of sanctions imposed on the country as punishment for the manipulation of the Moscow Laboratory data.

WADA's rules only apply to World Championships and the Olympic Games rather than continental-level events and tournaments.

The 2022 Super Cup will be held at the Olympic Stadium in Helsinki.

Juventus Stadium in Turin and PSV Stadium in Eindhoven have been awarded the finals of the Women's Champions League in 2022 and 2023 respectively.

The meeting took place on the eve of UEFA's Congress in the Dutch capital, where France's Noël Le Graët is set to become a FIFA Council member and Germany's Rainer Koch will join the UEFA Executive Committee following the resignation of Reinhard Grindel.

Grindel stepped down from both roles in April after allegations of undeclared earnings and the acceptance of a watch as a gift.

French Football Federation President Le Graët had already replaced Grindel in the FIFA role on a temporary basis and was confirmed as the only candidate to succeed him permanently by UEFA in January.

The 78-year-old will be one of nine members representing Europe.

He cannot take on the UEFA Executive Committee role, however, as the continental organisation has an age limit of 70 for members of its ruling body.

Koch, a vice-president at the German Football Association, is the only candidate for this position which means the role will remain with a German.

Following the Congress, the draw for the second UEFA Nations League is set to be held at the Beurs van Berlage Conference Centre.