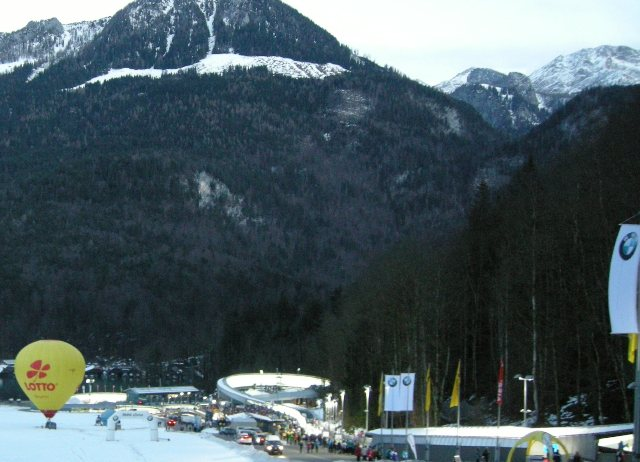 The men’s World Cup standings are the closest heading into the competition at the German track, with one point separating the top two.

Repilov leads the standings on 965 points, but saw his lead reduced after he was one of several athletes not to compete last week in Winterberg over safety concerns.

Italy’s Dominik Fischnaller opted to compete in Winterberg, with a fourth-place finish moving him on to a total of 964 points.

The World Cup title can also be retained by Semen Pavlichenko of Russia, as the defending champion remains in contact on 641 points.

A second-place finish for Ivanova in the women’s event would assure her of clinching the overall title.

Any other result could open the door for Germany’s Julia Taubitz to top the standings, as she currently lies 27 points adrift of Ivanova’s total of 907 heading into the event.

Should Ivanova take the overall title it would end Germany’s 21-year dominance of the women’s World Cup circuit.

The last non-German athlete to win the World Cup was Italy’s Gerda Weissensteiner, who achieved the feat in the 1997 to 1998 season.

Ivanova and Taubitz will hope to succeed Natalie Geisenberger, with the German having won the past seven World Cup titles.

The pairing have a narrow 10 point advantage over fellow Germans and Olympic champions Tobias Wendl and Tobias Arlt.

Italy could be crowned team relay champions at the final event, with their team currently topping the standings on 395 points after five races.

Prior to the event, the FIL has confirmed disciplinary action will not be taken against American luge athlete Summer Britcher.

In a social media post last week, Britcher claimed she had “grown a great disdain for the International Luge Federation”, while expressing concern over athlete safety on the Winterberg track.

The Austrian team opted not to compete at the event, along with the United States and members of the German and Russian teams.

The FIL has now said Britcher will not be disciplined over her post.

In a statement they said: “The FIL refrains from consequences for Summer Britcher and regards the matter as closed.

“The FIL Presidium made a corresponding decision before the start of the Viessmann World Cup at Königssee.

“The former U23 world champion, along with Chris Mazdzer, athlete spokesman for the FIL, were asked to talk to the FIL office in Berchtesgaden about the events and communication surrounding the Viessmann World Cup in Winterberg.”