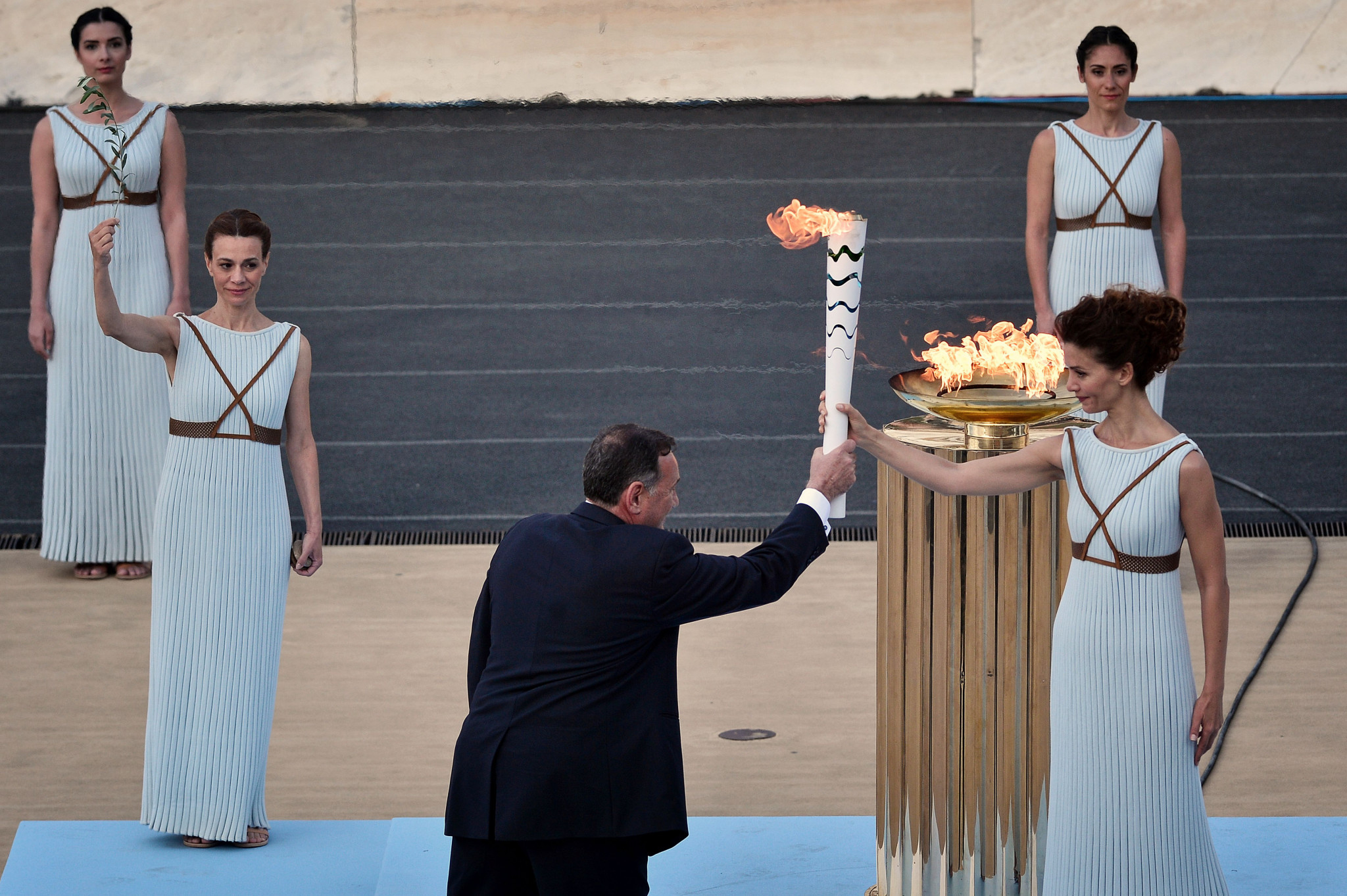 Hellenic Olympic Committee President Spyros Capralos has revealed the threat posed by the coronavirus outbreak has prompted organisers of the 2020 Olympic Torch Relay to hold consultations with health authorities in Greece.

No cases have yet been reported in the country, but Capralos said the precautionary measure had been taken “in case anything happens.”

Torch Committee President Sakis Vassiliadis told Reuters news agency: "On the issue we are all facing the coronavirus, we are taking a number of measures.

"We will do whatever is humanly possible to have no problems whatsoever during the relay."

He insisted organisers will remain in constant touch with the health agencies.

The Torch will be lit in Ancient Olympia on March 12 in a ceremony attended by outgoing Greek President Prokopios Pavlopoulos and Prime Minister Kyriakos Mitsotakis.

The Flame will be lit by high priestess Xanthi Georgiou.

Although she kindled the flame for the Lausanne 2020 Winter Youth Olympic Games, it will be the first time she has performed a lighting in Olympia, having participated in the ceremony as a dancer since 2008.

"The role is a great honour and responsibility," Georgiou said.

"In the 12 years I have been involved in the ceremonies, I have learned that the symbolism of the Flame signifies respect for life and human existence."

The dancers have been rehearsing in the Olympic velodrome in Athens but will spend the final days before the ceremony in Olympia itself.

"We are ready, we have completed all the rehearsals in Athens and are getting ready to go down to Ancient Olympia for the final rehearsals in the archaeological site," said ceremony director Artemis Ignatiou.

"This year's choreography is inspired by images on archaic vases, frescoes and statues."

The flame lit at each of the dress rehearsals will be kept in reserve, in case it is not possible to light one from the rays of the sun on the day of the actual ceremony.

Organisers confirmed details of the Greek portion of the Torch Relay, which will cover 3,200 kilometres on Greek soil and involve some 600 runners.

These were chosen by ballot after applications were invited from members of the public.

The Relay will pass through 32 cities including Thessaloniki on the Aegean coast.

It is expected to visit 15 archaeological sites during the journey and will make a traditional stopover in the shadow of the Acropolis, before the final ceremony in the Panathinaiko Stadium in Athens on March 19.

In one of her first engagements, new Greek President Katerina Sakellaropoulou - who takes office on March 13 - will watch as 2016 Olympic pole vault champion Katerina Stefanidis arrives with the Flame before it is handed over to representatives of Tokyo 2020.

Children from Japan and Greece will also perform at the ceremony and Eurovision star Sakis Rouvas is set to lead the crowd in a send off to the Olympic Flame.

The Flame is scheduled to land at Matsushima Air Base in Japan’s Miyagi Prefecture the following day.