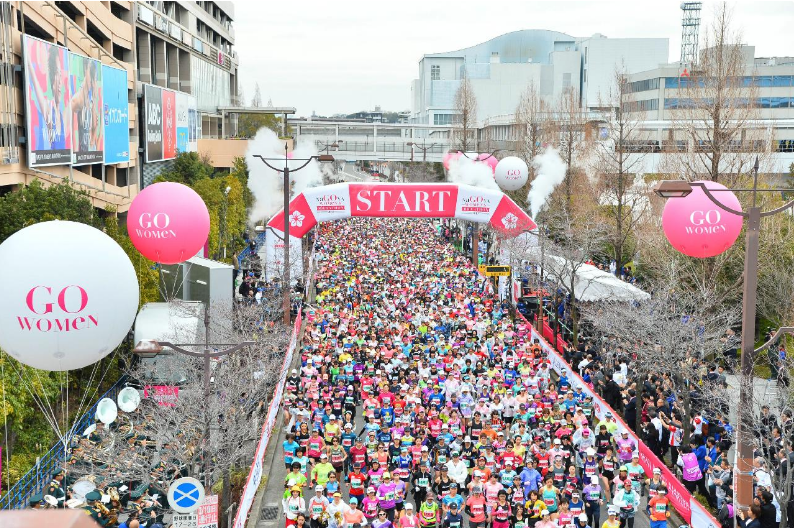 The Nagoya Women's Marathon has been limited to elite runners over concerns about the outbreak of coronavirus in Japan.

The announcement came just days after the Tokyo Marathon was also restricted to elite athletes.

Invited athletes and those who have run a marathon in under three hours will now be the only competitors in the Nagoya Women's Marathon on March 8, while the Nagoya City Marathon, held on the same day, has been cancelled.

Around 40,000 people had been expected to attend the event.

"We at the Nagoya Women’s Marathon have been repeatedly discussing coronavirus with the concerned bodies and examining countermeasures," a statement on the event's website said.

"We have been making utmost efforts in preparing for the safest and securest event organisation possible; however, there have been recent cases of infection caused through unknown routes.

"With the Nagoya City Marathon to be held on the same day, we are a large-scale running event of approximately 40,000 runners and cannot help but create crowded areas and close contacts between runners and visitors.

"Much to our regret, we reached a conclusion that it is extremely difficult to stage a safe and secure event that all runners can participate without worries."

Japan has been at the centre of recent news regarding the disease after a cruise ship with sick passengers ported in Yokohama, with 634 on board having cases of the virus.

On land, 97 people have become confirmed patients, making the country the third most affected behind China and South Korea.

Concerns over the impact of the coronavirus, which originated in Chinese city Wuhan and was given the official name of COVID-19 by the World Health Organization (WHO), on the Olympics and Paralympics have grown in recent weeks.

The upcoming boccia Paralympic test event, scheduled from February 28 to March 1, was postponed due to coronavirus only yesterday, however.