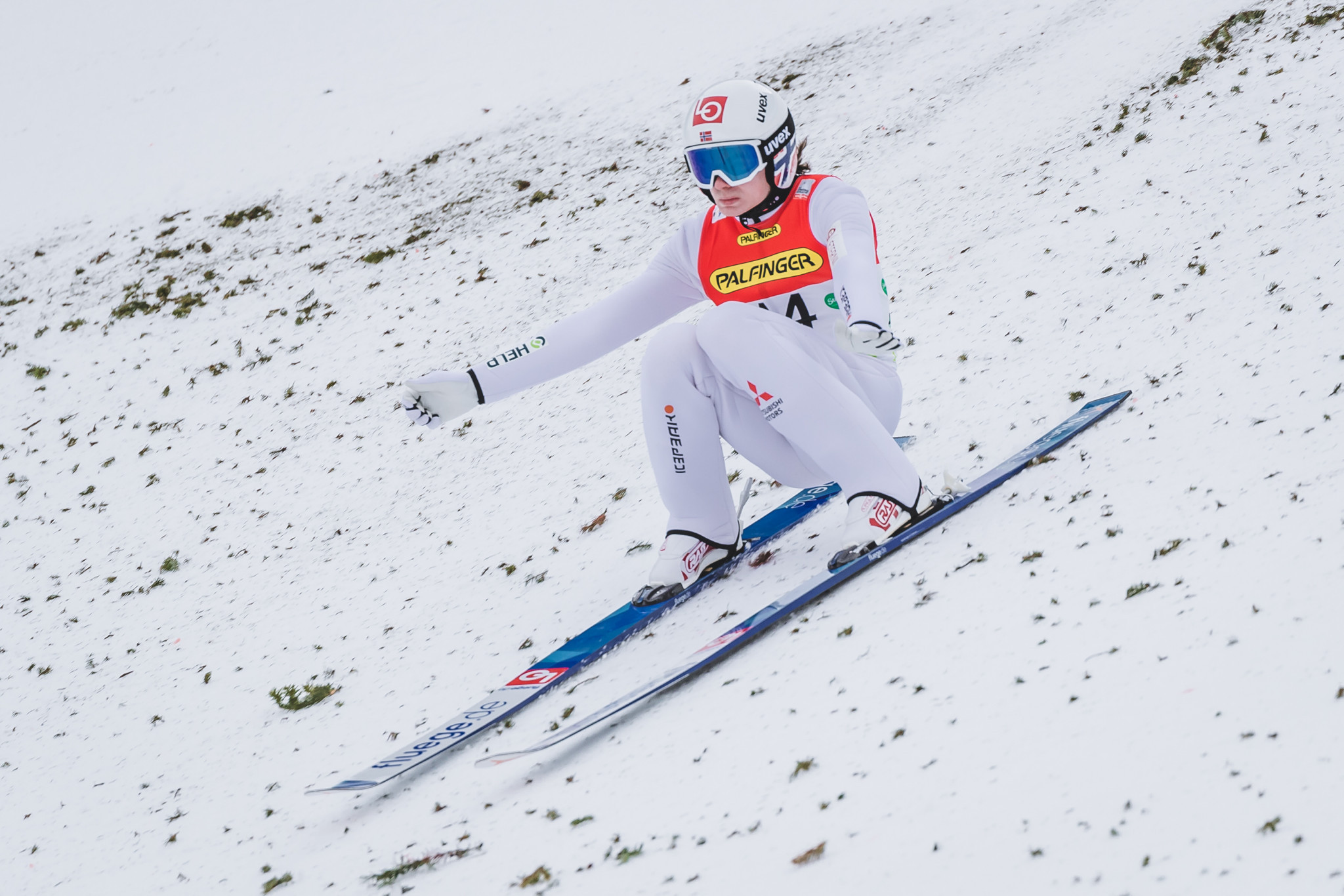 The 21-year-old leaped out to 98 metres at the Trambulina Valea Cărbunării hill, which is hosting a World Cup for the first time.

Lindvik won two of the Four Hills Tournament competitions this season, in Garmisch-Partenkirchen and Innsbruck.

However, he missed out on the prestigious prize to Poland's Dawid Kubacki and has not won another World Cup leg this term.

He currently sits sixth in the overall World Cup standings.

The two-time World Championship gold medallist claimed the title at the season's last stop on his home ski flying hill in Tauplitz/Bad Mitterndorf.

He is hoping to win the World Cup title for the second time after claiming the seasonal prize in 2017.

Germany's Markus Eisenbichler qualified in third place, with the reigning large hill world champion scoring 123 points for his jump of 101m, the longest of the day.

With the top 50 jumpers making it through to tomorrow's competition, Karl Geiger advanced in fifth position as he aims to put pressure on Kraft's overall lead.

There are 100 points available for a victory with Japan's third-place jumper Ryōyū Kobayashi, the defending overall champion, not present in Rasnov.

Kubacki, who is fourth overall, qualified in sixth place.

There was also a notable return for Severin Freund, Germany's Olympic gold medallist who made it through in 32nd after more than a year out with injury.

Two normal hill competitions will be held in Rasnov, with the second on Saturday (January 22).